How To Apologize with Skill 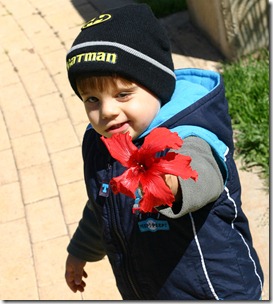 “What do I say when it’s all over … And sorry seems to be the hardest word.” — Elton John

What’s important is how you get back up.

This is really geared towards leaders and pro-active repair, but I think the frame below is useful in many everyday situations.

It’s powerful because you’re owning your mistake, you’re acknowledging it, and you’re finding a way forward.  What you resist persists, and dwelling doesn’t help.

In the book, Power Thinking: How the Way You Think Can Change the Way You Lead, John N. Mangieri, Ph.D., and Cathy Collins Block, Ph. D., write about proactively repairing when things go wrong, as a more effective way to think and act.

Mangieri and Block share the following steps for proactive repair:

I think an important addition is empathic listening — listen until the other person feels heard, and don’t get defensive.

When do you use these steps? According to Mangieri and Block, “as soon as a leader’s self-respect diminishes, indicating that a decision or behavior just enacted was not effective or proper.”

Acknowledge What Went Wrong and Co-Create the Future

Mangieri and Block say that it’s about acknowledging what went wrong, and co-creating the future.

Repair occurs whenever it is necessary to enact a thoughtful action to remedy the damage or ill will that a past decision or action created.  Repair begins by acknowledging the negative consequence your actions caused (by saying, for example, “I am aware that my decision angered and frustrated many of you”).  Then you state that you want to avoid such detrimental effects in the future.  Openly ask for others to offer suggestions that can ensure that such decisions or action will not occur again, and state an action that you are going to take to ensure that it does not.

From what I’ve seen, even if you fumble with the words, if it’s from the heart, that’s what matters.

In the end, the most important thing is — it’s got to come from the right place.

How To Live Your Life the Lean Way
Next Post:Great Lessons Learned from Steve Pavlina