Create If-Then Plans to Stick With Your Goals 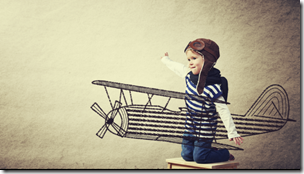 “Obstacles are those frightful things you see when you take your eyes off your goals.” — Anonymous

Setting goals is easy.  Sticking with goals is not.

But you can improve your changes big time by just doing a little different planning.

Whether it’s New Years Resolutions, mini-goals, SMART goals, or Big Bold Goals, you improve your chances of sticking with your goals if you create some effective If-Then plans.

Create If-Then Plans to Deal with Potential Setbacks and Challenges

When you pursue your goals, expect challenges.  They happen.  After all, you’re trying to make a change, and the value is in the change.  But don’t get discouraged.

You can prepare for the challenges by doing some simple If-Then planning.

“Ambitious plans are commendable (‘I’m going to lose 30 pounds this year!’), but they don’t account for inevitable roadblocks.  If you want to have a fighting chance at sticking to your resolutions, you would do well to develop if-then plans: if someone brings cupcakes or pizza or candy to work, then I…. “

Your “Then” Determines Success or Failure

How should you answer the “Then” part of your “If-Then” plan?

How you choose to answer what you will do for THEN, when the IF happens will determine your success or failure.

“And before you finish that thought, consider the results of a study from Utrecht University in the Netherlands.  Researchers found that how you craft the second part of your statement can keep you  on course or knock you off.“

Turn “Then” into Positive Actions

Figure out a positive response that you can do, some positive action, so you can better respond to the challenge.

“Subjects who used a strategy of negation (if someone brings cupcakes, then I won’t have one) were more likely to give in to temptation than those who used more positive statements (if someone brings cupcakes, then I’ll treat myself to the hummus and crackers I keep stashes in the office fridge).  Bottom line: Instead of focusing on what’s off limits, enjoy the things that are still fair game.”

If you want to stand a fighting chance of reaching your goals, do some If-Then planning and focus on positive actions you can actually do.

10 Reasons that Stop You from Reaching Your Goals

The 5 Choices of Extraordinary Productivity
Next Post:The Best Books I Read in 2015