How To Deal with Depression 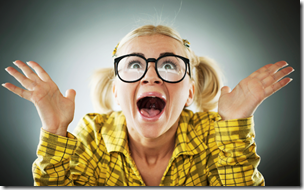 “That is all I want in life: for this pain to seem purposeful.” — Elizabeth Wurtzel

How can you go from depression to a better emotional state, like hope or ecstasy?

In his relationship seminar, Tony Robbins shows you how you can go from depressed to a more resourceful emotion, like hope or ecstasy.

Tony Robbins starts by having a volunteer teach him how she gets depressed.

How Do You Get Depressed?

By exploring how she gets depressed, Tony Robbins can give her new choices and strategies to be more resourceful and feel better.

He then asks her to double it.

He challenges her to get to an 8 or 9 out of 10, where 10 is super depressed and suicidal.

How You Change Your Body to Get Depressed

When she gets to an 9, Tony Robbins asks the audience if they noticed how she changed her physiology:

She was unaware of how easily and quickly she did this when she gets depressed, but to the audience it was easy to see how quickly the change takes place.

What You Focus on To Get Depressed

He asks her what is she focusing on to stay at a level 9 depression?

She answers that she focuses on her lack of happiness.

He asks her what she pictures in her mind to stay depressed?

She answers that she can’t put her past behind her.

He asks her what does she focus on the past?

She responds her lack of trust, specifically in men.

Tony Robbins provokes the volunteer until she changes her emotional state.

Tony Robbins calls everybody’s attention to how she changed her body when she went from depressed to pissed:  She brought her head and shoulders up.

He points out that her pattern is that when she gets tired of feeling depressed, she gets pissed and that helps her feel strong.

And she’s been using this pattern for a long time.

Tony says this is a common pattern going from depressed to pissed and that it has a name:  the Crazy 8 pattern.

She uses depression to connect and commiserate with herself.  When it makes her too weak, she snaps out of it with anger.

Many people live alternating between these two patterns.

She is very good at this pattern because she has practiced it for so long and it’s been satisfying her emotional need to connect with herself.

The essence of the Crazy 8 pattern is the hope that she will be loved and taken care of, and then being angry of the feeling helpless brought on by depression.

This crazy 8 is a common way to solve our contradictory needs for feeling connected and vulnerable and for feeling powerful and in control.

Depression Doesn’t Happen To You

Tony Robbins asked the audience, “Does she know what to do to get depressed?”

She would have you believe that it happens to her, but as she just demonstrated, there are things that she does to get depressed:

When people get depressed, they say things to themselves silently.

Tony Robbins asks her what she says to herself.

She says that she is so pathetic.

Tony Robbins challenges her to say it in the tone of voice when she gets depressed.

Breaking the Pattern of Depression

He pushes her to get depressed to a level 9 again of depression, but then changes her state.

He snaps her out of her depression with humor again, and she gets pissed again.

When Tony takes her out of her depression, he remarks that she’s using depression to protect her emotional needs.

Tony Robbins asks the audience and the volunteer, what do you think would happen if you try to take somebody out of depression?

This is a turning point, she sees how she is using depression to connect with herself and then switching it to anger.

She will now look for a new way to meet her emotional needs.

Tony Robbins suggest to her that they go back to hopeful.

When she feels hopeful again, Tony Robbins asks if everybody noticed the changes:

He said hope is good, but it’s a weak emotion.

He wanted her to practice a stronger emotion, like ecstasy.

To overcome her habit of depression, she would need an antidote that will meet her emotional need.  She will train herself in the emotion of ecstasy.

Tony Robbins has her recall a peak experience of deep ecstasy.

Once she remembers the experience, he asks her what she’s feeling.

Tony Robbins then tells her to go right before that moment of peak ecstasy.

Breathe as if you were breathing.

Were you making sounds?

What are you feeling right now?

She’s feeling so much she can’t even talk

Choose Which Parts of Your Past to Focus On

Tony Robbins tells her to get depressed again.

He reminder her that earlier she said she couldn’t put her past behind her.  Maybe he said that’s a good thing.  Her past was a story about men that she couldn’t trust.

But she also has feelings of ecstasy, too.

He says to her, if this ecstasy was constantly in front of you, imagine the smile that would be on you all day.

So maybe, then, she has been selective in what she holds on to, and what she lets go.

The process Tony Robbins is using to change her emotional state from depression to hope or ecstasy involves 7 steps:

In the first part of the exercise, Tony Robbins was understanding her world.  He used the triad to understand her world:

He understood her Crazy 8 pattern and her source of pain.

Next, he used humor and surprising language to break her pattern of depression.

To find leverage, Tony Robbins explored the pain until he found out what she cared about the most.  She wanted a loving and trusting relationship with a man, where she could commit herself fully.

Next, Tony Robbins redefined the problem.  He showed her how she was just using depression as a way to meet her needs in the short term.

In the long run, she really wanted a relationship and a better way to live.

Next, Tony Robbins created alternatives.  Instead of spiraling down into depression, she could access emotions like ecstasy and hope.

Now that she knows how she has conditioned herself to go into depression, she can condition herself to feel hope or ecstasy and make it a conscious decision.

If You Are Honest with Yourself, You Can Change It

Does she have the ability to go from depressed to pissed to hopeful or ecstatic?

Has she proven she can do them quickly?

Why in the past if she has all these other choices?

Because she has been rewarded for it.  It’s a game she’s mastered.  She doesn’t do it consciously.

She is honest when she acknowledges that it’s within her control.  She realizes it is a game she’s been playing and that it was about addressing her emotional needs.

But now she sees new choices and better alternatives with her newfound awareness.

He adds, unfortunately, many people are the most dishonest with themselves.

Relate to a Higher Purpose and Connect with Your True Self

Remember that the Crazy 8 pattern is a common way to solve our contradictory needs for feeling connected and vulnerable and for feeling powerful and in control.

The good news it that radical swings of Crazy 8 are not necessary when you connect to a higher purpose and your true self.

To break her pattern of depression, which she was rewarded for, she needs to setup a new reward system.

Tony Robbins says the more she trained herself to use depression, the more she lost her connection with her soul.

She was using depression to get love and be taken care of.  But she felt broken in this state, and to feel powerful, she would snap out of it with anger.

Tony Robbins pointed out that deep inside, she is a very feminine woman.  But she is not honoring herself.

He then says that the greatest happiness in life comes when you get back to your true nature.

If you don’t feel you are at your best, maybe you need to get back in touch with your true self.

Happiness is a Skill

That Moment When the World Stops