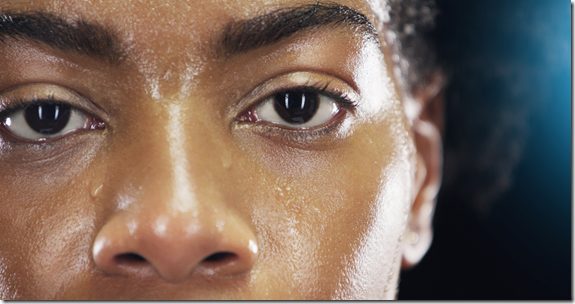 “Fate is for those too weak to determine their own destiny.” — Kamran Hamid

How important is determination and drive for success?

Drive is a common characteristic among successful people.

The good news is that just like luck and success, drive is a continuum.  There’s examples where people with minimal drive, but they enjoy what they do, experience great success.

On the other end of the spectrum, you find ruthless obsession.

What if you aren’t naturally driven?  Here again, there’s good news.  You can adopt successful strategies.

What you lack in personality, you can make up for in approach.

In Tactics: The Art and Science of Success, Edward de Bono writes about the role of drive and determination in success.

What I’ve learned through experience is that while drive is important, you need to know what you’re trading.

For example, try to find balance between your conviction and your connection, so you don’t burn bridges or leave a trail of dead bodies in your pursuit of results.

Try to invest in your body, your relationships, and fun during the pursuit of your goals, so that you enjoy the process.

Goals are a vehicle.

They are a means to an end, but not the end themselves.  Be careful not to compromise your values along your journey.

Drive is The One Common Characteristic of Successful People

Determination is the one common trait among successful people:

“As the reader will discover in this book, successful people are often very single-minded and determined.

Indeed, it would be possible to pick this out as the one characteristic common to almost all successful people.

Some people make big trade-offs in the pursuit of a single goal:

“This type of determination comes close to fanaticism and what might be called ‘a little madness’.

It implies a rather unnatural view of life, because one single goal becomes more important than any others.

A person may be willing to sacrifice his wife, his children, his friends, his health, and even his life for this goal.

At times the goal may seem very much like an obsession.  At its extreme, obsession is a form of madness.”

A Sense of Direction Urges Action

Having a direction helps somebody take action and gauge whether they are on track:

“There are many advantages to powerful determination and a strong sense of direction.

The sense of direction urges action.

The sense of direction shapes the action.

The sense of direction allows the value of the action to be assessed: has it got me nearer to my goal?

The sense of direction allows all judgments and decisions to be made more easily: does this help me toward my goal or does this hinder me?

Most people in their ordinary lives lack such a strong sense of value when taking a decision.

Most people may have to take into account a soup of different factors such as family, health, enjoyment, career, etc., when making a decision.

The strongly-success oriented person only takes into account one thing: the path to success.”

Determination Ranges from Enjoyment to Obsession

Drive is a continuum:

“As with luck there is, of course, a spectrum.  At one end is the ruthless obsessed tyrant who could properly be called mad.

At the other end of the spectrum is the person who enjoys what he or she is doing, enjoys his life and friends, and just seems to stumble into success (as with Nolan Bushnell, Norman Lear, or Sir Clive Sinclair).

Readers may be surprised to find that most of the people in this book seem to fall into this second grouping.”

Determination for Personal Power or Enslaved By an Idea

Some people are fueled by making an idea happen:

“Determination and ruthlessness always seem to suggest a person who wants success and power for their own sake and as an extension of his or her personality.

There is, however, another sort of obsession.  This is when a person is enslaved by an idea.  The person wants to see the idea work, wants to make it happen.

Power, riches, and fame have virtually nothing to do with it.

Determination can spring from this sort of obsession.”

Determination to Finish the Job

Some people are compelled to finish what they started:

“There is even a further sort of determination.  This is where someone sets out to do something and takes the first few steps.

There is then a determination to see things through, to finish that job.  Once one block has been place on top of another, there is a compulsion to finish the building.

This characteristic also becomes clear in some of the people mentioned in this book.”

You Don’t Have to be Driven

de Bono writes that some people that aren’t naturally driven take a passive view on determination:

“From a practical point of view it does matter whether we attribute success to a particular type of personality.  Some people may feel that since their own personality is not ‘driven’ in this way, then there is little they can learn by reading about people who are so driven.  Like the ‘luck’ explanation of success, this is defeatist and passive.”

You Don’t Have to Change Your Personality

You don’t have to worry about changing your personality:

“I would not want to get into an argument as to whether people can or cannot change their personalities (through awareness training, counseling, or environmental change).

It is not easy for someone to become ruthless by just willing himself or herself to be ruthless … A reader can, however, try to become more single minded and more focused.

Once a reader perceives that a strong sense of direction may be an ingredient for success, it is possible to do something about it (for instance, by dropping other projects).”

You can adopt strategies of people with determination and drive to improve your success:

“A person who will not take ‘no’ for an answer and writes ten letters runs the danger of being a nuisance and a pest but may be more successful than the person who is turned off by first refusal.

Such things may arise naturally from a personality or they may be adopted as strategy.

You cannot will yourself to have a foul temper (even if this often seems to be most useful for success), but you can become much better at saying what you do not like.

It may well be that having success-oriented characteristics by virtue of your personality is much more effective — nevertheless adopting some of them as deliberate strategies can also be valuable.”

8 Questions to Ask Yourself to Check If You are on Track
The Man in the Arena
How Lucky, Gifted, and Focused Helps Us Achieve Higher Levels of Performance
What is the Role of Luck When It Comes to Success in Work and Life?
If You Want to Learn Success, Then Be a Student of Success Not Failure
How Timing is Key to Success But It’s Hard to Get Right
The Best Quotes on Luck of All Time

What is the Role of Luck When It Comes to Success in Work and Life?
Next Post:13 Motivation Techniques