How To Let Go of Limiting Emotions Using the Sedona Method 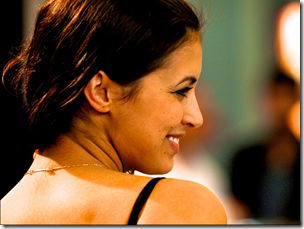 “You will find that it is necessary to let things go; simply for the reason that they are heavy. So let them go, let go of them. I tie no weights to my ankles.”  — C. JoyBell C.

The Sedona Method is a very simple way of letting go of fear, frustration, anger, limiting thoughts, feelings, and beliefs that are holding you back.

It is our limiting emotions that often prevent us from creating and maintaining the lives that we choose. We can choose to let go and live more freely, more fully, and more completely.

What if you could tap your ability to let go of any limiting emotions holding you back?

In fact, in many cases, if we simply let go or release what’s in our way, we free ourselves up in limitless and unlimited ways.  Releasing what’s holding us back is what frees us up to be what we’re capable of and to realize our potential.

In How It Works, Hale Dwoskin writes:

“Let me explain by asking you to participate in a simple exercise. Pick up a pen, a pencil, or some small object that you would be willing to drop without giving it a second thought.

Now, hold it in front of you and really grip it tightly. Pretend this is one of your limiting feelings and that your hand represents your gut or your consciousness. If you held the object long enough, this would start to feel uncomfortable yet familiar.

The process of letting go comes down to welcoming the feeling and then asking 3 simple questions:

Focus on the issue that you want to feel better about.

Simply feel the feeling and allow yourself to feel whatever you are feeling in this moment.

Welcome the feeling.  It doesn’t have to be strong.

It is what it is.

While feeling the feeling, ask yourself 3 questions:

When you ask yourself, “Could I let this feeling go?”,  remind yourself that you can let any emotion go, like dropping an object (more on this below.)

When you ask yourself, “When?”, what you’re doing is creating an invitation to do it now.

Step 3. Repeat the Process Until You Feel Free

In some cases it will be quick, in others it will take some repetition and practice.  Repeat the process of letting go, and you’ll find that you can let go a little more each time.

You may have to peel away the layers, but as you practice letting go, you’ll learn to break the chains and dissolve what’s holding you back.

Keep in mind, this is a heart thing, not a head thing, and it’s all about helping you deal with a heavy heart, or a stressed out body, or a negative mind.

Let Go of the Negative, Hold On to the Positive

I want to take a brief moment to point out something that might really help make this stick.

Sadly, we often hold ourselves back by holding on to negative emotions.

If we use that negative emotion for extra motivation and inspiration to take action and to do something about it, great.

But more often than not, we simply stew in our own juices, paralyze ourselves with fear, or cripple our body and mind.  When we hold on to negative emotions, we bog ourselves down.  If you’ve ever noticed that your shoulders are tight, or your stomach is in a knot, or your fingers are clenched, you know what I mean.

We need to let go.

Surprisingly, many people let go of positive emotions faster, but hold onto negative ones.

Let’s flip that around.

The Story Behind the Sedona Method

In the article, You Mean Anything is Possible, by Dr. Pamela Gerloff writes about Lester Levenson.   At 42, Levenson, a physicist and successful entrepreneur, was sent home from the hospital, diagnosed with a heart condition, and told that he had only a few months to live.  He was warned that he was so weak that even attempting to tie his own shoes would be enough exertion to potentially drop dead.

According to Lester Created the Sedona Method to Save His Own Life, Lester went back to the lab within himself to seek some answers.  He found the ultimate tool for personal growth:

A way of letting go of all inner limitations.

Within 3 months, he had become totally healthy again and entered a state of profound peace, which he sustained until he died, another 43 years later.

The Sedona Method is the name that Levenson gave his process for releasing negative emotions.

Ask Yourself, “What Do You Want Out of Life?”

The turning point for Lester was asking himself what he wants out of life.

Via Lester Created the Sedona Method to Save His Own Life:

“I began by asking myself, “What do I want out of life?” And the answer was happiness. Investigating further, I went into the moment when I was feeling happiest.

I discovered something which to me was startling at the time. It was when I was loving that I was happiest.

That happiness equated to my capacity to love rather than to being loved. That was a starting point.”   — Lester Levenson

Following his transformation, Lester taught his students to remove self-imposed limitations of their own minds and to practice the principle to expand their mindset and operate at a new level of consciousness.

Imagine what’s possible when you are no longer getting in your own way and negative emotions no longer bog you down or hold you back.

You, too, can ask yourself what you want out of life.

Give yourself some permission to play at the possibilities, to feel a little lighter, and to experience your limitless potential.

The Sedona Method 4-in-1 Supercourse is available on Amazon:

How To Change the Emotion of Any Experience

How To Use Negative Emotions as a Call to Action

Tony Robbins on the Fastest Way to Get Over Fears
Image by Pedro Ribeiro Simoes.

How I Design My Year
Next Post: It’s the Pebble In Your Shoe