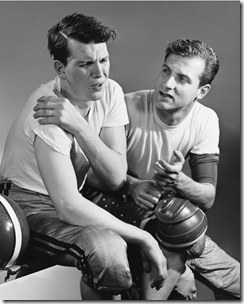 “Your mind believes what you tell it.” — Paul J. Meyer

Negative self-talk is a common problem.  The trick is to learn how to turn your inner dialogue from a critic to a coach.  The Triple Column Technique is a proven practice for improving your internal self-critical dialogue.

In Feeling Good: The New Mood Therapy Revised and Updated

Overview
Here are the key points:

Summary of Steps
According to Burns, the keys steps to use the Triple Column Technique are as follows:

Step 2. List your self-criticism.
According to Burns, in the left-hand column, write down all the hurtful self-criticisms you make when you are feeling worthless and down on yourself.

Step 4 – Identify rational thoughts.
According to Burns, substitute a more rationale, less upsetting thought in the right-hand column. Don’t try to cheer yourself up by rationalizing or saying things you don’t objectively believe are valid. Instead, try to find a more objective fact. Your response can take into account what was illogical or erroneous about your self-critical automatic thought.