The Quest for Excellence 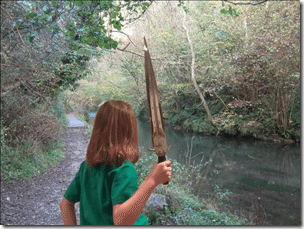 “We are what we repeatedly do. Excellence, then, is not an act but a habit.” — Will Durant

A while back, I remember a colleague making the comment that in order for a business, or a person to thrive, they need to take on the relentless pursuit of something … anything.

It’s the relentless pursuit of anything that gives us the focus and the juice to become something more, and to make things happen.

I was reading my review copy of The Gift of Adversity: The Unexpected Benefits of Life’s Difficulties, Setbacks and Imperfection, by Norman E. Rosenthal, M.D.  One of my favorite chapters is about the quest for excellence, and how adversity actually helps us become more excellent, if we use it as a great teacher.

I know for me that excellence has always been a love-hate relationships, and a double-edged sword.  To really know excellence, you need to know the opposite.  It’s easy to get caught up in excellence, and become a perfectionist.   It’s also easy to get so caught up with the end-in-mind, that you lose perspective and forget to enjoy the journey.

But, as with most things in life, the answer is balance.

Excellence, doesn’t have to be extreme.  And, it doesn’t have to be perfect.  Instead, it can be a living process where you improve as you go, during the relentless pursuit of something.  Most importantly, it’s a journey, not a destination, and the most freeing of ideas is that you can express excellence in your personal way as you share your unique gifts with the world.

With that in mind, let’s take a stroll through a few highlights Rosenthal shares in his book, The Gift of Adversity.

You Can’t Push the Envelope without Experimentation

Excellence requires taking risks and pushing the envelope.  It’s how you stand the test of time.  Rosenthal writes:

“Movie producer, Colin Vaines, observes that excellence in making movies often requires taking risks.  ‘You can’t push the envelope without experimentation.  To create an excellent movie you need to reach for something fresh rather than settling for blandness because it’s worked in the past.’  Repeating yourself and settling for a comfortable formula is the biggest recipe for failure.  Vaines points out that ‘Stanley Kubrick pushed the envelope when he made The Shining.  At the time, Jack Nicholson’s performance was criticized as being over the top.  Kubrick had pushed both Nicholson and himself, going sixty takes when necessary, to elicit that extremely intense performance — which is one reason the film had stood the test of time.”

What We Learn from Writers About Excellence

“Writers, too, routinely go through multiple efforts before they are satisfied.  Ernest Hemingway, perhaps put it most succinctly when he said, ‘All first drafts are sh**.’  Coming from a master, I find these words comforting.  I also enjoyed Christopher Isherwood’s observations that his first draft was generally so bad that it would shock him into writing a better second draft.  To his credit, Isherwood took advantage of adversity, using his disgust at the first draft to propel himself forward.”

Deliver Your Unique Message to the World

Don’t worry about your first efforts, or you’ll never share your unique gifts and talents with the world.  Rosenthal writes:

“All prospective authors would do well to heed the advice of these masters: Don’t worry about your first efforts.  many people are afraid to commit themselves to the written word; they write but never send out their work because they fear being judged and found wanting.  That is because they confuse their words with themselves, so that being edited strikes them as a blow to the ego, not a helping hand.  A person who can’t get pas that may never write anything at all, which is a shame.  Their unique message to the world will never be delivered.”

Failure Comes with the Territory

“In pursuing excellence, then, you need to be willing to take calculated risks – including the risk of failure.  Also, you need to make the most of failure — to squeeze the lessons out of it, and persevere.  Thomas Edison is quoted as saying, ‘If I find 10,000 ways something won’t work, I haven’t failed.  I am not discouraged, because every wrong attempt discarded is another step forward.’”

Learn from the Experience

Adversity is our best teacher.  Be forgiving and compassionate with yourself, and help others do the same.  Rosenthal writes:

“A patient of mine, Sam, a highly successful entrepreneur believes that someone who has gone through adversity — even outright failure — is probably better off than someone who hasn’t, as long as the person has learned from the experience.  In Sam’s opinion, ‘Such a person is more likely to be empathic, better able to take a broader view of what’s happening, before reacting.’  As a manager, all else being equal, Sam will routinely hire a survivor over someone who has never experienced significant trouble.  The United States is, Sam says, ‘the land of the second chances.’  He cites Steve Jobs as an excellent example of someone who was fired and came back ‘with both guns blazing.’ He says there are ‘loads of such people in the venture capital world.’”

Decide What It Is YOU Value

Excellence is a personal journey.  Make sure you relentlessly pursuit what you value, not what others expect you to.   Rosenthal writes:

“Sam points out that he could have made much more money than he did, but that money was not his sole objective.  Instead, he has spent years in public service and as a philanthropist.  This service aspect of his life has been deeply fulfilling, which illustrates that excellence, like so many things, is a subjective quality.  In pursuing excellence, we have to decide what it is that we value, not just what others value.”

Best wishes on the relentless pursuit of anything, and your personal expression of excellence in only the way you can do it.

The Complete Guide On How To Negotiate Book Summary
Next Post: Dr. Normal Rosenthal on 7 Tricks for Dealing with Adversity