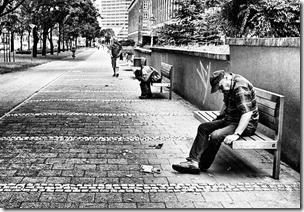 If you hear something multiple times is it true?

Do you find yourself believing something that originally you didn’t believe because you didn’t trust the source?

You Start To Believe Things Over Time

It happens like this: you hear something from a low-credible source, you dismiss the idea, but over time you start to believe it or become persuaded.

I first learned about the sleeper effect in a Social Psychology class in college.  It didn’t really click for me at the time.  Now it makes perfect sense.  The danger is we start believing things that aren’t true.  Over time our memory simply disconnects the low-credibility source from the message.

Here’s an example.  I first heard that sneezing is like an orgasm from the movie The Lonely Guy, starring Steve Martin.  It’s from a movie, so it’s easy to dismiss.

Then over time, I hear the idea come up again but with variations like sneezing seven times in a row, so then I start to wonder (I’ve never actually seen anybody sneeze seven times in a row.)  This article on sneezing myths puts it to rest … sneezing is like an orgasm only in that they both produce powerful bodily convulsions.

Protect Yourself from the Sleeper Effect

A simple way to catch yourself from the sleeper effect is to ask yourself, "What’s that based on?"

Do you believe The Sleeper effect yet?

Task-Oriented vs. Relationship-Oriented Leadership Styles
Next Post: Getting Results the Agile Way is Now Available in Print