Brene Brown on the Power of Vulnerability 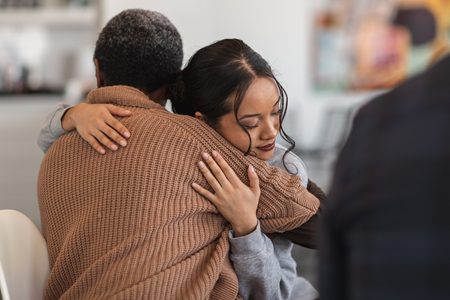 “Vulnerability is the birthplace of innovation, creativity, and change.” — Dr. Brene Brown

Some people say, “Life is messy, love it.”   What Brene Brown used to say was, “Life’s messy, clean it up, organize it, and put it into a Bento Box.”

She learned the power of vulnerability.

Brene Brown delivered a powerful TED Talk on the Power of Vulnerability and what she learned from her years of researching into connection, shame, vulnerability, and what it means to be a “Whole Hearted” person that lives from a deep sense of self-worth.

Connection is Why We’re Here

Why are we here? It’s all about connection.

“By the time you’re a social worker for 10 years, what you realize is that connection is why we’re here.  It’s what gives purpose and meaning to our lives.  This is what it’s all about.  … Connection, the ability to feel connected, is neurobiologically wired, that’s why we’re here”

What Do People Tell You About Connection?

Brene asked people about connection.  Here’s what she found:

Shame as the Fear of Disconnection

Shame is universal.  It’s our fear of disconnection.

“Shame is really easily understood as the fear of disconnection.  Is there something about me that if other people know it or see it that I won’t be worthy of connection.

The things I can tell you about it are it’s universal.  We all have it.

The only people who don’t experience shame have no capacity for human empathy or connection.

“What underpinned this shame is this “I’m not good enough”, which we all know that feeling … I’m not blank enough, I’m not fit enough, rich enough, beautiful enough, smart enough, promoted enough.

The thing that underpinned shame was excruciating vulnerability — this idea that of in order for connection to happen, we have to allow ourselves to be seen, really seen.”

What separates the people that have a strong sense of love and belonging from those that don’t?  They believe they’re worthy.

The One Thing that Keeps Us Out of Connection

“And to me, the hard part of the one thing that keeps us out of connection is our fear that we’re not worthy of connection was something that personally and professionally I felt like I needed to understand better.”

Brene collectively named her pile of research of people living with a deep sense of worth as “whole hearted.”

“What am I going to call this research?  The first words that came to my mind were whole hearted.  These are a kind of whole hearted people living from this deep sense of worthiness.”

What Do “Worthy” People Have in Common?

How do the “Whole Hearted” live? With courage, compassion, and conviction.  Most importantly, they have the ability to let go of who they thought they should be, to become who they already are.

Here’s what Brene found, what “worthy” people had in common:

The other thing that “Whole Hearted” people have in common is they embrace vulnerability.
Brene said:

“They fully embraced vulnerability.  They believed that what made them vulnerable, made them beautiful. They didn’t talk about vulnerability being comfortable, nor did they really talk about it being excruciating, they just talked about it being necessary.
They talked about the willingness to say I love you first.
… The willingness to do something where there are no guarantees.
… The willingness to breathe through waiting for the doctor to call after your mammogram.
… Be willing to invest in a relationship that may or may not work out.
They thought this was fundamental.”

Vulnerability is the Birthplace of Joy, Creativity, and Love

Vulnerability is a double-edged sword.

During her TED talk, Brene says:

“I have a vulnerability issue, and I know that vulnerability is kind of the core of shame and fear and our struggle for worthiness.  But it appears that it’s also the birthplace of joy, creativity, of belonging, love …”

“This is what I learned.  We numb vulnerability … when we’re waiting for the call.”

We Live in a Vulnerable World

Brene asked the question on Twitter, “So how would you define vulnerability and what makes you feel vulnerable?”  She got more than 150 responses.

Here’s what people told her:

Waiting for the doctor to call back

Brene followed with, “This is the world we live in … We live in a vulnerable world.”

Unfortunately, you can’t just tune out the emotions you don’t want to feel, without impacting the rest of your emotions.

“Our job is to look and say, you know what, you’re imperfect and you’re wired to struggle, but you are worthy of love and belonging.” 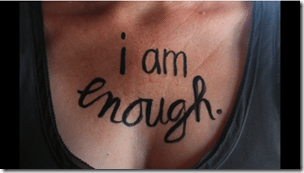 You are worthy.  And, you are enough.

Brene closed her presentation with this:

“There’s another way, and I’ll leave you with this.  This is what I found … to let ourselves be seen, deeply seen, the vulnerable side, to love with our whole hearts even thought there’s no guarantee, and that’s really hard, and I can tell you as a parent that it’s excruciatingly hard, to practice gratitude and joy in those moments of a kind of terror when we’re wondering can I love you this much, can I believe in this as passionately, can I be this fierce about this, just to be able to stop, and, instead of catastrophizing what might happen, to say, ‘I’m just so grateful, because to feel this vulnerable means I’m alive, … and the last, which I think is probably the most important … is to believe that we’re enough.  Because when you work from a place, I believe, that says ‘I’m enough’, then ……we stop screaming and start listening, we kindler and gentler to the people around us, and we’re kinder and gentler to ourselves. “

If you believe you’re worthy … that’s it … that’s what it takes to live the “Whole Hearted” way.

You can check out Brene’s TEd Talk at TED Talk: Brene Brown: The Power of Vulnerability: 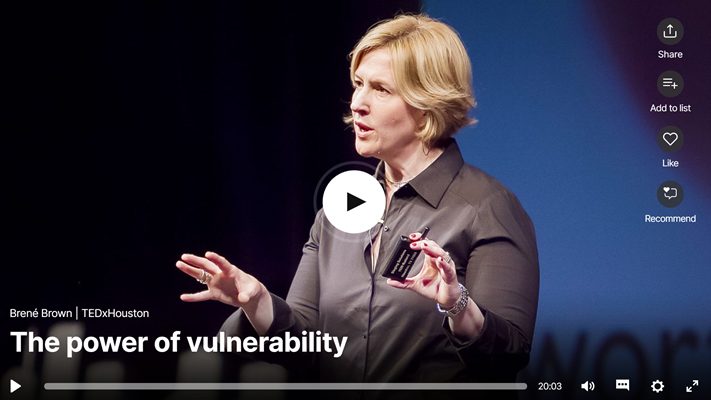 Blue Zones: The Healthiest Places on the Planet
Go for the Epic Win
How To Build Your Creative Confidence
The Two Flavor of Happiness
Why We Make Bad Decisions

The Innovative Team Book Summary
Next Post: 101 Proven Practices for Improving Your Focus