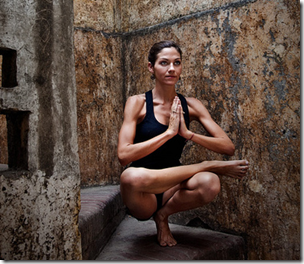 “The will to win is not nearly as important as the will to prepare to win.” — Bobby Knight

Sometimes we just want to be able to drop some pounds and keep them off, or stop smoking, or control our anger.

And we turn to willpower to do it.

if you have a Fixed-Mindset, you believe either you can do it or you can’t.  And, if you can do it, then you just need to be strong.

If you have a Growth-Mindset then you believe that you can improve your willpower by learning more effective strategies.  Sure, you can use willpower, but you’ll supplement your willpower with a healthy dose of strategies and support.

In the book, Mindset: The New Psychology of Success, Carol Sweck teaches us that willpower isn’t something you have or you don’t.  You need to nurture and help it along.

A Fixed-Mindset Says You Just Need to Be Strong

Either you can do it or you can’t.  That’s what a fixed-mindset says.

“Some people think about this in a fixed-mindset way.  If you’re strong and have willpower you can do it.  But if you’re weak, and don’t have willpower, you can’t.  People who think this way firmly resolve to do something, but they’ll take no special measures to make sure they succeed.  These are the people who end up saying, ‘Quitting is easy. I’ve done it a hundred times.’”

When Raw Ability Doesn’t Cut It, You Could Learn Better Strategies

When ability alone doesn’t cut it, you could learn better strategies.  But with a fixed-mindset, you’re not open to that.

“It’s just like the chemistry students we talked about before.  The ones with the fixed-mindset thought: ‘If I have the ability, I’ll do well; if I don’t; I wont.’  As a result, they didn’t use sophisticated strategies to help themselves.  They just studies in an earnest but superficial way and hoped for the best.  When people with a fixed mindset fail their test — in chemistry, dieting, smoking, or anger — they beat themselves up.  They’re incompetent, weak, or bad people.  Where do you go from there?”

The Story of Nathan

Nathan wanted to lose some weight for his reunion.  But each time he went out to eat, his willpower let him down.

“What’s the fuss? You just need some self-control.  To lose the weight, he decided he would just eat part of what was on his plate.  But each time he got into a meal, the food on his plate disappeared.  ‘I blew it!’ he’d say, feeling like a failure and ordering desert — either to seal the failure or to lift his mood.”

Nathan could have used some simple strategies to help him succeed.  But he decided that would be weak.  That’s too bad, since weak could have worked.

“I’d say, ‘Nathan, this isn’t working.  You need a better system.  Why not put some of the meal aside at the beginning or have the restaurant wrap it up to take home?  Why not fill your plate with extra vegetables, so it’ll look like more food? There are lots of things you can do.’ To this he would say, ‘No, I have to be strong.’  Nathan ended up going on one of those liquid crash diets, losing weight for the reunion, and putting back more than he lost afterward.  I wasn’t sure how this was being strong, and how using some simple strategies was weak.”

Your willpower just needs a little help now and then.

“Next time you try to diet, think of Nathan and remember that willpower is not just a thing you have or don’t have.  Willpower needs help.”

While there’s a will there’s a way, and it’s great to be strong, feel free to flex your mindset.

You can set yourself up for greater success by learning and exploring strategies that will help support you, in whatever you choose to do.

Self-Control is a Limited Resource

Don’t Lose Your Opportunity to Become Better
Next Post: How Visionary Leaders Can Energize Others