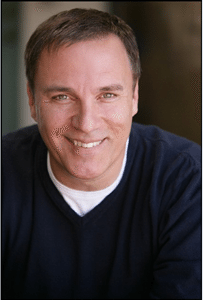 Editor’s note: This is a guest post by Craig Shoemaker on his top 10 lessons learned from comedy.

I figured who better to get some great lessons and perspective on life than from a professional comedian, and Craig happens to be one of my favorite comedians.  Why? … because he makes me laugh.

He’s got his own special blend of comedy from his “Lovemaster” routine to his dead-on impressions of Barney Fife from The Andy Griffith Show.   He does more impressions than just Barney, including Aunt Bee, and you can’t help but wonder how such a range of voices comes out of the same person.

In addition to stand-up, Craig has radio, TV, and film under his belt.  His movie roles include Scream 2, Safe House, and Dark Honeymoon.  In Dark Honeymoon, he played opposite Daryl Hannah as her love interest.

What Comedy Taught Me About Life

The following are ten lessons I have learned while working in comedy.

Lesson 1- We are not victims.

Many of us have been conditioned to believe that disease and illness comes along like an attacker in a dark alley, when in fact we need to look at how we were the ones who put us in that position to begin with. We attract what we focus on, and this is very much the case with sickness. If we ignore signs that tell us something in our mind/body/soul we need to pay attention to, then an illness of greater significance will result. The polar opposite is true…if we look for ways to enjoy our lives, then good health and wellness will manifest. Personally, I am on a news fast for 10 years now, and I’ve never been healthier. I replace that “information,” that the media outlets choose (to garner better ratings), with “lighter” fare that causes me to smile. It has led to far more creative output, due to the artistic spirit being able to flow, unimpeded by the fear, doubt and worry the media and government promote. In this case, ignorance is indeed bliss.

Lesson 2- Old thoughts should be discouraged.

We have been bombarded with messages that prevent us from laughing more, due to accepting messages that we’ve been given since we were children. “Wipe that smile off your face.” “What are YOU laughing at?” “You look so silly.” “You must take this seriously or you’ll fail.” “Laugh like a fool.” “Grow up!”……These are but a few nuggets that our brains were filled with when we were growing up. It’s no shock that people have difficulty letting go to have a good time with such negative words frequently rattling in their heads. When I let go of the false belief that I look like an idiot if I laugh, then my entire being feels uplifted.

Lesson 3- Children laugh a hundred times more a day than an adult.

Due to the illusion of stress and pressure, most adults do not laugh anywhere near the amount of times a child does. When a young boy or girl relates to their friends, they bond through laughter and sharing of joy, while adults have a propensity to bond by way of gossip and angry thoughts. Parents watch negative programs that demean and deflate, and their kids see shows based on fun and silliness. When I’m around my own kids, we constantly crack up, and that takes away thoughts of lack or worry. When we are joking and clowning, I’ve never once stopped and said: “Whoa… the economy is in the toilet today.”

Lesson 4- The places that put focus on happiness are the most pleasant to live in.

Denmark was named the happiest country in the world, with surrounding countries like the Netherlands rounding out the top five happy countries. What do these areas have in common? An emphasis on leisure and fun, and very little focus on war and destruction. Scandinavian countries are not known for their war machines, and are contrarily people of peace and happiness. The quality of life for the people of these lands is at a higher level than the depressed, dark and gloomy vibration so many in this country live by. I choose to see the goodness and light in the majority of people and circumstances, and the results of this choice are profound.

A tribe in the Himalayas called “The Happy Hunzas” have long been known for their laughter based conditioning. The average Hunzakut – as they called themselves – live to be well over 100 years of age and typically die in good health and with every tooth still intact and cavity-free. When I say they died healthy, what I mean is that their physically strong and able bodies simply gave out from so many years of living a good, natural life. They rarely ever died from glandular, organ or system failure, as is so common in our modern world.

Lesson 6- Simply By Being Around Laughter Can Lead to Better Health.

There is a long list of standup comedians who lived long and enriched lives, even performing right up until their death. Milton Berle, George Burns, Bob Hope are three legendary comedians who passed away in their late 90s. Don Rickles, Phyillis Diller and Joan Rivers are still going strong after 80, and are energized by the energy of roomfuls of laughter. Laughter is indeed contagious, and simply by being around it, the benefits will be felt. The opposite is true as well, for if you are in a room of angry people, it will be a tall task to rise above that pervasive and invasive energy.

A positive attitude will not only help us feel better, it also has a general beneficial effect on our health. Laughter lowers stress hormones, increases our heart rate, helps us breathe more deeply, and stretches many different muscles in our face and upper body. Laughter really is good for you, and scientists have now begun to prove what everyone else takes for granted.

Lesson 8- Laughter changes our condition, and therefore changes our perception that something is wrong or heart breaking.

As Elle Woods from Legally Blond said, “Exercising (or in this case, laughing) gives you endorphins, endorphins make you happy, and happy people just don’t kill their husbands!”

Yes, a fictitious character from a goofy movie should not be given as evidence to further a cause, but the message is clear, concise and simple – the chances of violence diminishes once we laugh.

Lesson 9- Living joyful is a choice and ANYONE can transform from making that choice.

Finding humor and fun in a lot of things can help you keep your mind and body healthy. Laughter lightens your mood and your burdens. Whether you believe it or not, laughter and humor have some health benefits that could enhance your immune system, give you added energy, and lessen the damage that stress brings into your daily life.

When you laugh, your body releases the body’s feel-good chemical, which in turn can give you a mood booster and relieves you from pain in the process.  It also improves the oxygen’s flow from your heart and brain. It strengthens your immune system since it can cause cell regeneration, and keeping the active cells healthy. Since stress causes your healthy cells to die out, laughter can prevent such occurrence. It also relaxes your mind and body, relieving you from tension and pain.

Lesson 10- Search for more ways to laugh, and discover new parts of our consciousness.

Even without listing down all the scientifically proven benefits of laughter and humor, laughing is without a doubt one of the best things in life.  It helps you focus on the more positive things in life rather than dwelling on everything that seems to go wrong. It allows you to feel good about yourself, around your surroundings, and about your circumstances. Laughter is even better when shared with someone else, since laughter is meant to be contagious. Laughter strengthens people’s connection with each other and thus, can bring people together.  The bond that is formed between individuals who share humor, laughter or even a simple smile will help the individuals involved to cope better with emotional or mental stress. It may also be therapeutic for painful conditions such as arthritis or joint inflammation. It opens up new and previously unexplored aspects of our journey and enriches our soul.

Early documents speak of laughter being the best medicine, so just open up and say “haa-haaa!”

Take Your Results to the Next Level (Day 30 of 30 Days of Getting Results)
Next Post:Sources of Insight is Two Years Old