3 Answers for the Second Half of Life 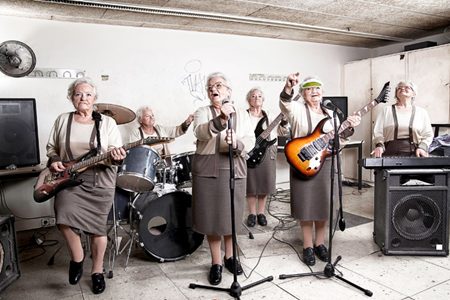 How do you prepare for the second half of your life?

Like a fine wine you can get better with age.

Maybe you can answer your calling.

Maybe you can give back in some way that you never expected or dreamed possible.

Or maybe, you just want to follow the little path least traveled.

In The Essential Drucker: The Best of Sixty Years of Peter Drucker’s Essential Writings on Management, Peter Drucker writes about 3 potential paths for the second half of your life.

3 Answers for the Second Half of Your Life

Drucker provides 3 answers for the second half of your life:

According to Drucker, one path is to start a different career.

“The first is actually to start  a second and different career.  Often this means only moving from one kind of organization to another.

Typical are the middle-level American business executives who in substantial numbers move to a hospital or university, or some other nonprofit organization, around age forty-five or forty-eight, when the children are grown and the retirement pension is vested.

In many cases they stay in the same kind of work.  The divisional controller in the big corporation becomes, for instance, controller in a medium-sized hospital.  But there are also a growing number of people who actually move into a different line of work.”

Drucker writes that another path is a parallel career.

“A large and growing number of people – especially people who are very successful in their first careers – stay in the work they have been doing for twenty or twenty-five years.  Many keep on working forty or fifty hours a week in their main and paid job.

Some move from being busy full-time to being part-time employees or become consultants.  But then they create for themselves a parallel job – usually in a non-profit organization – and one that often takes another ten hours of work a week.”

Drucker writes another option is to start a non-profit activity.

“And then, finally – the third answer – there are the ‘social entrepreneurs.’  These are usually people who have been very successful in their first profession, as businesspeople, as physicians, as consultants, as university professors.

They love their work, but it no longer challenges them.

In many cases they keep on doing what they have been doing all along, though they spend less and less of their time on it.  But they start another, and usually a nonprofit, activity.”

People Who Manage the “Second Half” Will Be the Success Stories

Drucker suggests you can turn the long working-life expectancy into an opportunity for yourself and society.

“People who manage the ‘second half’ may always be a minority.  The majority may keep doing what they are doing now, that is, retire on the job, continue being bored, keeping on with their routine, and counting the years until retirement.

But it is this minority, the people who see the long working-life expectancy as an opportunity for themselves and for society, who will increasingly become the leaders and the models.  They, increasingly, will be the ‘success stories.’”

You write your story forward every day.

Do You Have a Job, a Career, or a Calling? Meaningful Work Matters

How To Think About Career Paths

Previous Post:What is the Relevant Decision Making Criteria?
Next Post:Can Effectiveness Be Learned?