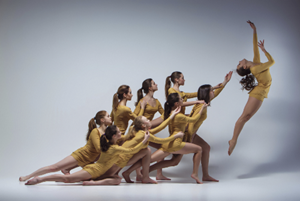 “Education is the kindling of a flame, not the filling of a vessel.” — Socrates

When you learn something new, as you gain knowledge and proficiency, Bruce Lee believed that you progress through three stages of cultivation.

This applies whether you are learning dancing, singing, martial arts, etc.

Rise Above the Technique

You effectively move from a simple stage of ignorance to a more mechanical stage to finally a stage where you can be more spontaneous, more fluid and more free flowing.  Stage 3 is where you rise above the technique.

You transcend the art and adapt it in a way that expresses your personal twist.

The big ideas are don’t get intellectually bound, and personalize what works, so that it works even better for you.

In the book, The Warrior Within, John Little shares Bruce Lee’s 3 Stages of Cultivation.

This is the stage where you first begin to learn something.  You are fresh.  You have a beginner’s mind.  You don’t know what you don’t know.  Your body just guesses at what it should do.

Here is what Bruce Lee says about stage 1:

“The first state is the primitive stage.  It is a stage of original ignorance in which a person knows nothing about the art of combat.  In a fight, he simply blocks and strikes instinctively without a concern for what is right and what is wrong.  Of course, he may not be so-called scientific, but, nevertheless, being himself, his attacks or defenses are fluid.”

“In other words, it is a stage of innocence, of not being familiar with the subject matter before you.  Your responses are natural and reflexive—honest, in other words.  However, as you lack the requisite knowledge and conditioning, they are often inappropriate.  With more practice and focused concentration, however, you soon enter the second stage.”

Here is what Bruce Lee says about stage 2:

“The second stage—the stage of sophistication, or mechanical stage—begins when a person starts his training.  He is taught the different ways of blocking, striking, kicking, standing, breathing, and thinking.  Unquestionably, he has gained the scientific knowledge of combat, but unfortunately his original self and sense of freedom and lost, and his action no longer flows by itself.  His mind tends to freeze at different moments for calculations and analysis, and even worse, he be called ‘intellectually bound’ and maintain himself outside of the actual reality.”

“This stage of sophistication (which Lee also referred to as ‘the stage of art’), is a necessary step toward one’s personal evolution.  Although it is confining by nature (i.e. it instructs you in how to act, thereby confining the individual to a particular approach), it is a necessary evil, in that along with the ‘conditioned response’ it cultivates, it also plants the root of truth for the successful acquisition and application of higher intuitive knowledge in the fertile field of the subconscious.

The individual, however, is incapable of seeing it at this stage and, instead, simply takes pride in having learned to ape what he or she has been shown is the ‘correct’ way to do things.  But subconsciously, a more significant form of learning has taken place with the development of proper neuromuscular pathways.  In other words, the technique learned is not correct because your teacher has said so, but rather because it compiled with a certain universal order of validity—reality, as it applies to your particular discipline.

Once proficiency has been achieved in the second stage, the individual is ready to evolve to the third—and highest—stage of learning, the stage of second innocence, or ‘artlessness’.”

Stage 3: “The Stage of Artlessness”

This is where you rise above the form.  You are no longer constrained by the techniques or by proper procedures.  You have figured out what works for you and you have adapted it to express your capabilities in a more fluid, natural, and responsive way.  You don’t have to think your way through things.  You have fluency in the art and you are limitless in your expression.

Here is what Bruce Lee says about stage 3:

“The third stage—the stage of artlessness, or spontaneous stage—occurs when, after years of serious and hard practice, the student realizes that after all, gung fu is nothing special.  And instead of trying to impose on his mind, he adjusts himself to his opponent like water pressing on an earthen wall.  It flows through the slightest crack.  There is nothing to try to do but try to be purposeless and formless, like water.  All of his classical techniques and standard styles are minimized, if not wiped out, and nothingness prevails.  He is no longer confined.”

“The third process, as you might have ascertained, requires a return to the original stage of innocence—a return to your true self, in other words.

Bruce Lee noted this three-stage process of knowledge acquisition in all those who came to him for instruction in his revolutionary martial philosophy of jeet kune do.  At first, they would find the moves difficult to execute.  Then they became easy.  Finally the moves simply became an extension of themselves, effortless and fluid in their execution.  He noted that in the final stage of jeet kune do, there was nothing to try to do.  Your technique, your opponent—and even yourself—were all forgotten.  Everything simply flowed together into one harmonious whole.”

Repeat techniques until they are a part of you.  As Tony Robins says, “Repetition is the mother of skill.”

Then let them go and rise above the art until you create and flow your own unique expression.

Learn Anything in 20 Hours

Stephen Covey on How Experience is Overrated