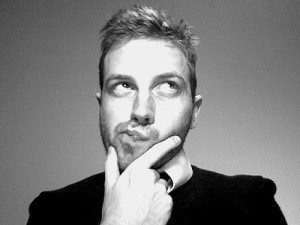 A fallacy is simply a false or mistaken idea.

If you can spot logical flaws, you can save yourself from bad information.

This includes defending yourself from politicians, sales people, diet books, doctors, and even your own kids.

In logical arguments, where logic matters, it’s important to avoid your own logical fallacies, as well as spot them in counter-arguments.

In rhetoric, your overall persuasion is more important than logic.

The key thing is don’t start trying to spot logic fallacies in all your conversations.

Instead, spot fallacies when logic really counts such as a logical debate or when you are making important decisions based on information based on logic.

In Thank You for Arguing: What Aristotle, Lincoln, and Homer Simpson Can Teach Us About the Art of Persuasion, Jay Heinrichs writes about detecting logical fallacies.

Why should you learn how to spot logical fallacies?

On a very practical level, it’s how you can defend yourself from bad information or bad arguments.

If you don’t fall for the bad arguments or bad information, it doesn’t matter as much, unless it’s formal logic.  In formal logic, the attitude and rules are strict.  In rhetoric, there really are no rules.  Your audience is responsible for finding the flaws.  If they do find flaws in your logic, you lose credibility.

Heinrichs says that the ability to find logical fallacies is how you defend yourself from politicians, salespeople, diet books, doctors and even your own children.

This is the case where you simply don’t have the right number of choices.  Either you are offered two choices when there’s actually more, or three choices are merged into one.

Disconnect Between Proof and Conclusion

For more information, check out: