The 4 Great Predictors of Sustained Success 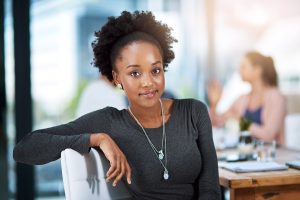 Some people seem to sustain their success and get better over time.

They learn about themselves as much as they can, and they play to their strengths, while limiting their liabilities.

They compound their success as they create and take advantage of more opportunities.

Successful people that sustain their success also know how to use and choose their words carefully so they can relate with others, and influence others.

What are the key attributes of these people who are able to create and sustain their success for the long haul?

In The 15 Commitments of Conscious Leadership, authors Jim Dethmer, Diana Chapman, and Kaley Warner Klemp share what the four most important predictors of success are.

The 4 Competencies That Trump All Others

According to the authors, the four main predictors of sustained success are:

Via The 15 Commitments of Conscious Leadership:

“Current research shows that over the course of our career, four competencies trump all others as the greatest predictors of sustained success: self-awareness, learning agility, communication, and influence.  The last two deal with how leaders interact with their world, and the first two address leaders’ internal relationships to ‘reality.’ “

According to the authors, Learning Through Curiosity is a commitment to the following:

Successful people seem to have a knack for knowing their own strengths and weaknesses.  They are life-long learners that keep learning and adapting.  They stay curious and exploring the views of others.

This helps inform, enhance, and shape their views of their world, so they can survive and thrive.

And that’s the stuff that sustained success is made of.

Are You Stuck on Being Right?
Next Post:Are You Living Above or Below the Line?