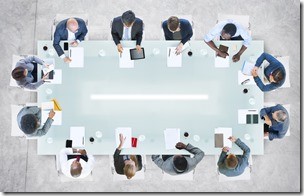 “The bottom line is, when people are crystal clear about the most important priorities of the organization and team they work with and prioritized their work around those top priorities, not only are they many times more productive, they discover they have the time they need to have a whole life.” — Stephen Covey

Some teams and organizations fight fires all the time.  They are in constant fire-fighter mode.

And they are ineffective.

Ineffective Organizations Fight Fires, Fight Each Other, Meet All the Time, and Are the Last to Know

In The Essential Drucker, Peter Drucker writes about the 4 major time-wasters caused by organizational and management deficiency.

The 4 Major Time-Wasters of Ineffective Management

According to Drucker, here are the 4 major time-wasters caused by management and organizational deficiency:

1. Lack of System or Foresight

If you’re facing a recurrent crisis, then it’s a lack of system foresight.

“The first organizational time-wasters result from lack of system or foresight.  The symptom to look for is the recurrent ‘crisis,’ the crisis that comes back year after year.

A crisis that recurs a second time is a crisis that must not occur again.  The annual inventory crisis belongs here.  That with the computer we now can meet it even more ‘heroically’ and at greater expense then we could in the past is hardly a great improvement.

A recurrent crisis should always have been foreseen.  It can therefore either be prevented or reduced to a routine that clerks can manage.  The definition of a ‘routine’ is that it makes unskilled people without judgment capable of doing what it took near-genius to do before; for a routine puts down in systematic, step-by-step form what a very able person learned in surmounting yesterday’s crisis.”

Time-waste is a byproduct of overstaffing.

“Time-waste often results from overstaffing.  A workface may, indeed, be too small for the task.  And the work then suffers, if it gets done at all.  But this is not the rule.

A Reliable Symptom of Overstaffing

If you’re spending more than a small time on feuds and friction, then it’s a sign of overstaffing

“There is a reliable symptom of overstaffing.  If the senior people in the group—and of course the manager in particular – spend more than a small fraction of their time, maybe one-tenth, on ‘problems of human relations,’ on feuds and frictions, on jurisdictional disputes and questions of cooperation, and so on, then the workforce is almost certainly too large.

People get into each other’s way.  People have become an impediment to performance, rather than the means thereto.

In a lean organization people have room to move without colliding with one another and can do their work without having to explain it all the time.”

If you’re spending all your time in meetings, it’s a symptom of malorganization.

“Another common time-waster is malorganization.  Its symptom is an excess of meetings.  Meetings are by definition a concession to deficient organization.  For one either meets or one works.  One cannot do both at the same time.

In an ideally designed structure (which in a changing world is of course only a dream), there would be no meetings.  Everybody would know what he needs to know to do his job.  Everyone would have the resources available to him to do his job.

We meet because people holding different jobs have to cooperate to get a specific task done.  But above all, meetings have to be the exception rather than the rule.

Too Many Meetings Signal the Wrong Org Structure

Meetings should not be the main demand of a knowledge worker’s time.

“As a rule, meetings should never be allowed to become the main demand on a knowledge worker’s time.  Too many meetings always bespeak poor structure of jobs and the wrong organizational components.

Too many meetings signify that work that should be in one component is spread over several jobs or several components.  They signify that responsibility is diffused and that information is not addressed to the people who need it.”

Bad information is another malfunction.

“The last major time-waster is malfunction in information.  The administrator of a large hospital is plagued for years by telephone calls from doctors asking him to find a bed for one of their patients who should be hospitalized.

The admissions people ‘knew’ that there was no empty bed.  Yet the administrator almost invariably found a few.  The admissions people simply were not informed immediately when a patient was discharged. The floor nurse knew, of course, and so did the people in the front office who presented the bill to the departing patient.

The admissions people, however, got a ‘bed count’ made every morning at 5:00 A.M. – while the great majority of patients were being sent home in midmorning after the doctors had made the rounds.

It did not take genius to put this right; all it needed was an extra carbon copy of the chit that goes from the floor nurse to the front office.”

Some management defects can take a long time to correct.

“Time-wasting management defects such as overstaffing, malorganization, or malfunctioning information can sometimes be remedied fast.

At other times, it takes long, patient work to correct them.  The results of such work are, however, great – and especially in terms of time gained.”

What Our Business Is, Will Be, and Should Be

How Much Profitability Do You Need

How To Adapt Your Leadership Style with the Situational Leadership Model
Next Post:Test Your Business Clarity