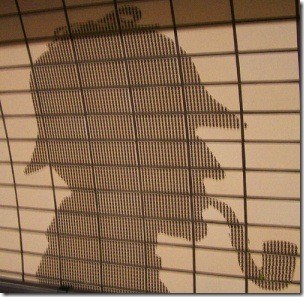 In my previous post, I wrote about 3 ways to spot logical fallacies.  In this post, I write about the families and examples of logical sins according to lessons from Jay Henirchs.  In Thank You for Arguing: What Aristotle, Lincoln, and Homer Simpson Can Teach Us About the Art of Persuasion

, Heinrichs teaches us about the seven deadly logical sins.  In a logical debate, committing a logical sin gets you kicked out of the game.

When logic does matter, I find the frame and examples Heinrichs uses are a great tool.  They make it easier to look for flaws to find bad information, make more informed decisions, and build better arguments.

All Natural Fallacy
Heinrichs provides an example of the all natural fallacy:

Plums and grapes are purple, but they don’t make purple a fruit.  You need not be an Aristotle to figure that one out.  But how many consumers have fallen for the same kind of fallacy? Made with all natural ingredients.  It may not seem like it, but the “all natural” pitch commits the “purple is a fruit” error: because an ingredient belongs to the same group as things that are good for you (natural substances, purple fruit), the ingredient must also be good for you.  But botulism is natural, too, and not at all good for you.  (not to mention the sneaky syntax that implies a hyphen between “all” and “natural.”  Add a gram of grape pulp and a gram of wheat germ to a doughnut’s chemical blend and voila!  All-natural ingredients.  Two all-natural ingredients, to be exact.

Second Deadly Sin: The Bad Example
According to heinrichs, the bad example is the second deadly sin.  Here are some examples:

Third Deadly sin: Ignorance as Proof
According to Heinrichs, ignorance as proof is the third deadly logical sin.  Here’s an example:

Fallacy of Ignorance
Heinrichs illustrates fallacy of ignorance with an example:

Scientists and doctors often screw up logic by assuming that their examples cover all possible examples – a mistake appropriately called the fallacy of ignorance: what we cannot prove, cannot exist.
Doctor: There’s nothing wrong with you.  The lab tests came back negative.
Proof: The lab tests are all negative. So …
Conclusion: Nothing is wrong with you.
But a logical chasm lies between the negative tests and perfect health.  The proof doesn’t support the conclusion.  Never mind that you happen to be doubled over in pain and seeing spots; the doctor has no data of illness, so you must be well.  The only way to respond to this illogical argument, other than throwing up on their shoes, is to suggest more examples.

Fourth Deadly Sin: The Tautology
According to Heinrichs, Tautology is the fourth deadly logical sin:

Fifth Deadly Sin: The False Choice
According to Heinrichs, the false choice is the fifth deadly logical sin.  Here are some examples:

Sixth Deadly Sin: The Red Herring
According to Heinrichs, the sixth deadly logical sin is the red herring.  Here are some examples:

Seventh Deadly Sin: The Wrong Ending
According to Heinrichs, the seventh deadly logical sin is the wrong ending.  Here are some examples:

For more information, check out the following: