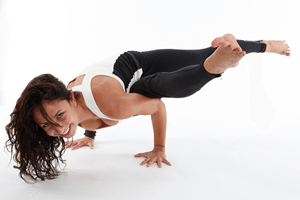 “Successful people are simply those with successful habits.” — Brian Tracy

Mark Twain said, "Nothing so needs reforming as other people’s habits."  But what happens when you want to change your own habits?
Change is hard.
And, as you know, old habits die hard.  To change a habit, it helps to get some proven practices on your side.

In the book The Bliss Experiment: 28 Days to Personal Transformation, Sean Meshorer shares a set of powerful tips and tricks we can use to adopt a new habit, change a habit, or build better habits.

Here are 7 tips for building better habits according to Meshorer.

“If we don’t have a lot of practice at consciously working with habits, it may help to start with achievable, realistic goals and build from there.  We can also take a large goal but break it into smaller increments or phases.”

2. Replace bad habits with good ones.

Don’t create a void.  Instead, replace bad habits with better ones.

“As Spinoza said, ‘Nature abhors a vacuum.’  If we only remove something negative without simultaneously adding something positive, it’s much harder.”

Watch out for triggers that set you back.  This could be people, places, or things, or even daily routines or events.

“We usually overestimate our self-control.  In doing so, we recklessly put ourselves into situations that are likely to trigger a relapse.  Yogananda put it this way: ‘Environment is stronger than will power.’”

Link one habit to another so that it’s easy to remember and it gives you a cue.

“Linking is when a first activity acts as a cue for the second.  This works best when the first activity is already familiar and regular.  For example, when I first started meditating, I began my morning meditation practice immediately after brushing my teeth.  After a while, the very act of brushing my teeth primed me to meditate.”

If you want to break a bad habit, you first need to interrupt it.

“A recent study found that people who habitually eat popcorn at movie theaters are so accustomed to it that even when researchers intentionally gave them stale popcorn, they didn’t even notice and ate just as much as they normally did!

However, if the subjects were instructed to eat the stale popcorn with the opposite hand than they normally employed, they ate much less.  Changing hands made them more aware of its low quality.  Small disruptions to our routines can jolt us out of unconscious habits.”

6. Find a partner or small group.

Pair up when you want to change a habit so that you have added social support.

“Practicing a good behavior with someone else helps keep us motivated and accountable — a positive form of peer pressure.  Two people can even agree to work on different things together.  For example, a couple might make a pact: one partner might work on not panicking in stressful situations; the other, on not reacting angrily.”

Figure out a way to reward your positive behavior in a simple and sticky way.

“As we learned, certain types of intense pleasures trigger a dopamine response that’s often powerful enough to overrule our rational faculties.  We can create an alternative reward system.  For example, if we stop smoking for ‘x length of time.’ we allow ourselves to do something else that we’ve been wanting.

Diets often use ‘cheat days.’ If we follow it perfectly for six days, we reward ourselves with a day on which we can eat anything.  This can dramatically increase our success.  Pleasures usually generate an immediate dopamine rush.  A substitute reward system can’t have too much delay.  If we can’t collect a reward for a year, during those moments of temptation, it will feel too far away.  We’ll be more likely to cave in to the near-term reward.”

Never quit.   Get a little better each time.

“Most important, don’t quit, even if we slip.  Yogananda said, ‘A saint is a sinner who never gave up.’  The process of creating habits requires repetition.  Sometimes we must repeat the very attempt itself again and again.  Each time we try, we build strength.  Our early efforts, even the failures, are never lost.  They slowly build our awareness, concentration, willpower, and energy.  Eventually we’ll succeed.”

Don’t give up.  Work at it.  A little progress goes a long way over the long run.

50 Repetitions to Make a Habit Stick

The Power of Habits

How To Change a Habit with Agile Results

The Power of Habits
Next Post:How Leadership is About Positive Trend Creation for a Better World