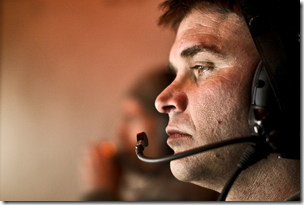 “The best luck of all is the luck you make for yourself.” — Douglas MacArthur

Do you have a system on your side?

One of the keys that separates people who get “lucky” in life, or succeed despite setbacks, is that they have a system.

They don’t depend on heroic effort or the long shot or goals.

Instead, they put a system in place and they work in a more systematic way.   By using a system, they put the odds in their favor, and they have an approach that helps them deal with setbacks and failures, to try again another day.

In the book, How to Fail at Almost Everything and Still Win Big: Kind of the Story of My Life, Scott Adams shares his insight that the secret of success is not passion.  It’s a spectacular system.

“On the system side, consider Mark Zuckererg, founder of Facebook.  It’s apparent that his system for success involved studying hard, getting extraordinary grades, going to a top college — in his case Harvard — and developing a skill set with technology that virtually guaranteed riches in today’s world.  As it turns out, his riches came quickly through the explosive growth on Facebook.  But had that not worked out, he would likely be a millionaire through some other start-up or just by being a highly paid technical genius for an existing corporation.  Zukerberg’s system (or what I infer was his system) was almost guaranteed to work, but no one could have imagined at the time how well.”

“Warren Buffet’s system for investing involves buying undervalued companies and holding them forever, or at least until something major changes.  That system (which I have grossly oversimplified) has been a winner for decades.  Compare that with individual investors who buy a stock because they expect it to go up 20 percent in the coming year; that’s a goal not a system.  And not surprisingly, individual investors generally experience worse returns than the market average.”

A Gifted Salesman’s System for Success

One “lucky” salesmen focuses on selling subscriptions that  auto-enew over selling things that are one-time purchases.  He plays the residual income angle.

“I have a friend who is a gifted salesman.  He could have sold anything, from houses to toasters.  The field he chose (which I won’t reveal because he wouldn’t appreciate the sudden flood of competition) allows him to sell a service that almost always auto-renews.  In other words, he can sell his service once and enjoy ongoing commissions until the customer dies or goes out of business.  His biggest problem in life is that he keeps trading his boat for a larger one, and that’s a lot of work.”

Observers Call Him Lucky.  I Call It a Spectacular System.

Is it luck?  Or did this salesmen know how to hone in on using a better system for his sales success?

“Observers call him lucky.  What I see is a man who accurately identified his skill set and chose a system that vastly increased his odds of getting ‘lucky.’  In fact, his system is so solid that it could withstand quite a bit of bad luck without buckling.  How much passion does this fellow have for his chosen field? Answer: zero.  What he has is a spectacular system, and that beats passion every time.”

If your failures are overwhelming your successes, consider using systems to change your game, or consider changing your system.

As a friend of mine puts it, try to make it so that you naturally fall into “the pit of success.”

The Key to Success is Not Passion

The Way of Success

How the Motley Fools Pick Starter Stocks
Next Post:The 6 Filters for Truth