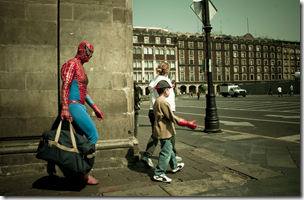 “It’s not that I’m so smart, it’s just that I stay with problems longer.” — Albert Einstein

Is your intelligence is showing?

It shines through your actions.

It’s not your grades.  It’s not credentials. Intelligence is a way of acting.

Your actions express it.

You can act intelligently, or act in an unintelligent way. And, according to Gallup Interviews, acting intelligently is fundamental to success in work and life.

If intelligence is an act, then the beauty is that action makes intelligence a lot more accessible to everyone.  The challenge then, and where the rubber meets the road, is to do more intelligent behaviors (and thoughts and feelings are behaviors, too.)

But what is intelligent action really?

In  Goals!: How to Get Everything You Want — Faster Than You Ever Thought Possible, Brian Tracy tells us that an intelligent way of acting is anything you do to move towards your goals. That’s a generalization obviously, because you don’t want to produce negative consequences or impact as a result of your actions.  And that’s part of the learning process.

But the big idea is to turn desires and ideas into action  in order to realize your potential intelligence.

Intelligence is a Way of Acting

It’s not a game of fake it until you make it.  Action is the instantiation of intelligence.  At least, that’s what thousands of Gallup interviews tells us.

“In Gallup interviews of thousands of men and women to determine the root cause of success in life and work, the importance of ‘intelligence’ was mentioned again and again.  But when the researchers pressed for a definition of ‘intelligence,’ they received an interesting answer.  Intelligence was not defined as a high IQ or good grades in school.  Rather, intelligence was commonly defined as ‘a way of acting.’”

Your actions are your expression of intelligence.   And, they can fall short, or rise above your IQ.

Taking Action Toward Your Goals is Intelligent

It’s a simple, but effective gauge.   Are you moving toward or away from  your goals with your actions?

Taking Action Away from Your Goals is Unintelligent

“To put it bluntly, doing anything that does not help you achieve something that you have decided that you want for yourself is acting in a stupid manner.  The world if full of people who are acting stupidly every day, and they are not even aware of what a negative effect this is having on their lives.”

It’s one thing to know better, but the real key is to do better.

The moral of the story is that while intelligence can be relative, what really counts is how you act intelligently to move yourself towards your goals.

7 Advantages of Proper Prior Planning
Next Post:The Iron Law of Self-Development