Am I Going to Die? 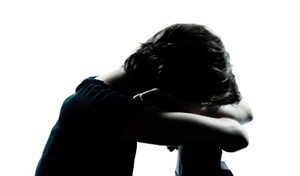 “Many people die with their music still in them. Why is this so? Too often it is because they are always getting ready to live. Before they know it, time runs out.” — Oliver Wendell Holmes

This is the story of John O’Leary.

John O’Leary is a heart-led leader who had to find the faith to keep putting one foot in front of the other.

Heart-led leaders fulfill their potential one faithful step at a time.

Whether you are an entrepreneur launching a new business, an individual starting over after losing your job, a student just trying to finish school, or someone overcoming a life-changing circumstance, you need the belief it takes to keep putting one foot in front of the other.

In The Heart-Led Leader: How Living and Leading from the Heart Will Change Your Organization and Your Life, Tommy Spaulding shares the story of John O’Leary and how he chose to live his life as a heart-led leader.

The Story of John O’Leary

When John O’Leary was nine years old, he saw some neighborhood kids playing with fire.  Literally.  They poured gasoline on the sidewalk, then stepped back and threw a match.  They would watch the fire as it burned and the flames danced.

John wanted to try this, too.

He went to his garage, lit a piece of cardboard on fire, and set it down on the floor.  As he tried to pour the gasoline gently on the fire, the gasoline vapors sucked the fire back in to the container.

The explosion was so hard that John was thrown against the wall of the garage.  When he stood up, his body was on fire, and he ran screaming through the house.

John’s 17-year old brother, grabbed a rug and beat down the fire.  It took more than two minutes of swinging the rug to put the fire out, but it saved John’s life.

John was rushed to the hospital with burns on 100 percent of his body.

John O’Leary had third-degree burns on 87 percent of his body, and second-degree burns everywhere else.  The chance of survival was near zero.  Doctors and nurses thought he would die before morning.

John wanted to know if he was going to die.  He was a nine year old boy who wanted nothing more than to hold his parents and wish everything would be O.K.

While his Mom was near his bed in the hospital, John asked her is we was going to die.

John’s Mom let him know that it was a choice that was up to him now.

‘Have you ever asked a question where you didn’t want to know the answer?’ John says now.  ‘I wanted my mom to tell me they were going to get a milkshake that night.  That’s what I wanted to hear.  But she gave me the truth in the form of a question, and it took a lot of audacity and love.’

‘It took courage and boldness,’ John says.  ‘But she made me walk over to the cliff with her.  She pointed down and said, ‘That’s one way you can go.  But you can choose the other way instead.’”

I Want to Live

John decided he wanted to live.

‘Good,’ she said, ‘Then take the hand of God, walk the journey with him, and baby, you fight like you’ve never fought before.’

John spent five months in the hospital fighting for his life.  Without skin, the possibility of acquiring a fatal infection is enormously high, and death is considered not just possible but likely.

‘But after that first night, the question of survival was never once considered.  Not once after that did I consider death as an option,’ he said.  He just kept putting one foot in front of the other.”

Keep Putting One Foot In Front of the Other

It takes determination and grit to keep going.  According to John, that’s part of faithfulness. No matter how tough things are, or how bad things get, It’s how you keep going,

“’Part of it for me is faith in a higher power, but it doesn’t have to mean that for everyone,’ he told me.  ‘Determination and grit are part of faithfulness.  To me, faithfulness means having the faith and the belief to keep taking that next step, to keep putting one foot in front of the other.’”

The Story of John, Today

Today, three decades later, John O’Leary has a beautiful wife and four lovely children.  He is a successful motivational speaker and entrepreneur.  He is the president of Rising Above, a leadership lifestyle organization that helps people lead inspired lives.

Nurse Roy is one of the nurses who helped John during his recovery.  John was unable to walk on his own, and didn’t believe he would ever walk again.  A lot of people thought he would never walk again.  But Nurse Roy believed otherwise.

Every day, on the way to therapy, Nurse Roy would half carry John, since John could barely move his legs.  And each day, Nurse Roy would whisper in his ear, ‘Boy, you will walk again.  And I’m going to walk with you.’

Nurse Roy had drifted out of John’s life, but a few years ago, while John was speaking at a conference, John recounted the story of Nurse Roy.  At the end of the story, John heard a microphone click on, and heard a voice say, ‘Boy, you are walking again! And I am proud to walk with you!’

The curtain pulled back, and it was Nurse Roy.

Things go wrong.  Life happens.  Bad things happen to good people.  Life tests us.  But the strength we need to keep going, to put one foot in front of the other is there when we need it.

“’It comes back to faithfulness,’ he said.  ‘We all make excuses as to why we can’t do something. But we need to find a way to live up to the fullness of our potential.  It doesn’t matter who you are.  We have to quit making excuses.  Everyone has burns in life.  Maybe they’re not physical burns like mine are, but a lot of people walk around with emotional burns they need to overcome.

‘When I was nine, I was happy and healthy.  I had parents who loved me. I lived in a great community.  Then everything blew up.  Well, sometimes life blows up.  And then what? Faithfulness is the belief that you can take that next step forward.  It means loving life and choosing to thrive and taking on life in the best way you can every single day.’”

Keep putting one foot in front of the other.

It may not be easy.  But sometimes that’s what it takes.

Did I Live, Did I Love, Did I Matter?

I Get By With a Little Help from My Friends

That Moment Where the World Stops

Write Down 3 Things Each Day to Live Longer and Stronger

Heart-Led Leadership
Next Post:I Believe In You