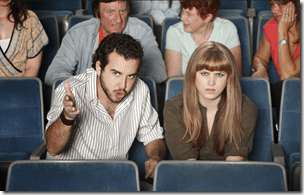 “To avoid criticism say nothing, do nothing, be nothing.” — Aristotle

How do you slow down or turn around critics, criticism and hecklers?

Find a way to agree.

Nothing takes the wind out of the sails of an aggressive critic faster.

From experience, I’ve seen speakers effectively take the wind out of their heckler’s sails using this approach. Alternatively, taking a defensive posture tends to fuel a heckler’s fire.

In Feeling Good: The New Mood Therapy, David Burns presents his technique for dealing with hecklers.

According to Burns, you can leverage the following steps to stop critics and hecklers:

Don’t combat or get crushed by the critic – use them as a way to improve.

10 Distorted Thinking Patterns
Next Post: Your Thoughts Create Your Feelings