How To Argue Your Way to Optimism 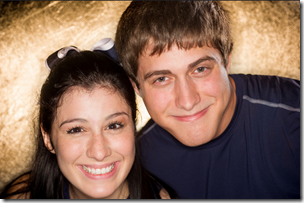 Want a better way to see the world?

Learn to argue with yourself.

The secret of optimism is not positive thinking.

When bad things happen or when you face adversity, if you can argue effectively with your beliefs, you can lead yourself to hope and action instead of despair.

In the book Learned Optimism: How to Change Your Mind and Your Life, Martin Seligman teaches us how to reduce our negative thinking and build optimism as a skill for work and life.

Optimism is NOT About Positivity

It surprised me, but it was also refreshing to learn that optimism is not about positivity.

Another way to put it is, it’s your unchallenged thoughts that can lead to pessimism.

I was also surprised by how amazingly simple the practice is to build an optimistic mindset.

While I’m already an optimist, there’s always room for improvement, and I like the fact that this is a simple skill I can share with family and friends.

Analyzing Your Thinking with the ABCs

You an wildly improve your optimism by using your ABCs.

According to Seligman, you can analyze your explanations of bad events using the ABC model.

Let’s walk through the ABCs:

A simple way to think of the ABC model is:

Know your ABCs and you too can be an optimist.

Dispute Your Negative Thoughts to Build Your Optimism

You can argue your way to optimism by disputing your thoughts.  Seligman refers to arguing with your thoughts as disputation.

Disputation is the key practice for building your optimism. It works by countering your negative thoughts and rumination.

For example, if you originally explained your adversity with beliefs that were permanent, personal, and pervasive, the consequences are you feel paralyzed and want to give up.  When you explain your beliefs in the opposite way, temporary, external, and specific, you create hope, which leads to action.

That is the KEY to optimism right there:Temporary, External, and Specific

Do NOT make things Permanent, Persona, and Pervasive.

4 Ways to Ague Your Way to Optimism

Now let’s get even more specific and really build our optimism skills and learn how to be a more effective optimist.

According to Seligman, there are 4 ways you can dispute your beliefs more effectively:

In the words of Susan J. Bissonette, “An optimist is the human personification of spring.”

What a better way to see the world.

Or, more accurately, what a better way to see YOUR world.

3 Stories for Improving Your Thinking, Feeling, and Doing

Previous Post:4 Stages of Competence
Next Post:What 15 Best-Selling Authors Teach Us About How To Think