How To Ask Intelligently for What You Want 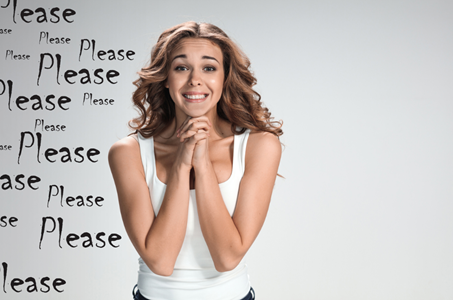 It’s an easy trap to fall into.  It’s easy to ask, but it’s not so easy to ask well.

Even with practice, I still fall into the traps of asking too generic a question, or asking the wrong person.

However, I catch myself faster, and it’s easy to course correct, because I know what asking intelligently looks like.

The Big Picture of How To Ask Intelligently

You need to know exactly what you want and why you want it so you can be very specific in your ask.  After all, how will somebody help you if they don’t even know what you want them to do?

People help those who help themselves.  They also help people who bring something to the table … a game of “tradesies.”  They want to know what’s in it for them.  If you can create value, so it’s not just one-way, you up level your game, and create the win-win.

How To Ask More Intelligently

In Unlimited Power : The New Science Of Personal Achievement

, Tony Robbins writes about asking intelligently and precisely to get the results you want.

According to Tony, here are the steps:

The challenge is to apply it.

This is where your ability to be concrete and specific will help you.  The more accurately and precisely you can ask for what you want, the more somebody else can help you.

Otherwise, you leave a lot to interpretation and, even if somebody may mean well, they may not actually know what you mean, or what you are asking for.

In the words of Jerry Maguire, “Help me, help you.”

“You must describe what you want, both to yourself and to someone else.  How high, how far, how much?  When, where, how, with whom? If you business needs a loan, you’ll get it—if you know how to ask.

You won’t get it if you say, ‘We need some more money to expand into a new product line.  Please lend us some.’  You need to define precisely what you need, why you need it, and when you need it.  You need to be able to show what you’ll be able to produce with it.”

2.  Ask Somebody Who Can Help You

How many people ask the wrong people for help.  It happens all the time.

You might know what you want, but then you ask the wrong person to help you.

“It’s not enough to ask specifically, you must also ask specifically  of someone who has the resources—the knowledge, the capital, the sensitivity, or the business experience.  Let’s say you’re having trouble with your spouse.  Your relationship is falling apart.  You can pour out your heart.  You can be as specific and as honest as humanly possible.  But if you seek help from someone who has a pitiful a relationship as you do, will you succeed?  Of course not.”

Robbins also points out that this is where you really have to pay attention to what’s working and change your approach:

“Finding the right person to ask brings us back to the importance of learning how to notice what works.

The trick is to find those people and figure out what they do right.  Many of us gravitate toward barroom wisdom.  We fine a sympathetic ear and expect that to translate to results.

It won’t unless the sympathy is matched by expertise and knowledge.”

3.  Create Value for the Person You are Asking

People help those who help themselves.    But they especially help people that create a win-win.

When you help somebody help you, it might be a financial partnership, but it also might be as simple as creating feelings of goodwill or helping them achieve their goals or ambitions or experiences they want to create.

“Don’t just ask and expect someone to give you something. Figure out how you can help them first.  If you’ve had a business idea and need money to pull it off, one way tot od it is to find someone who can both help and benefit.

Show them your idea can make money for you and for them as well.

Creating value doesn’t always have to be that tangible.  The value you create may only be a feeling or a sensibility or a dream, but often that’s enough.“

Otherwise, you are asking somebody to bet on you and take the risk, when you aren’t even sure yourself.

“The surest way to ensure failure is to convey ambivalence.  If you aren’t convinced about what you’re asking for, how can anyone else be?

5. Ask Until You Get What You Want

Keep asking.  But keep changing your approach or changing who you ask.

If you really want something, keep asking in the direction of your outcome but staying flexible along the way.

That’s how you ask more intelligently.

When you study the lives of successful people, you’ll find over and over again that they kept asking, kept trying, kept changing—because they knew that sooner or late they would find someone who could satisfy their need.”

The toughest part of asking intelligently is getting specific.  It’s easy to ask in a vague way.  It’s more difficult to really hone in on what you are really asking for.

“What’s the toughest part of the formula?  For many people it’s the part about asking specifically.  We don’t live in a culture that puts a premium on precise communication.  It may be one of our biggest cultural failings.

Because to be an effective Eskimo, you have to be able to make the distinction between different kinds of snow.  There is snow you can run your dogs in, snow you can eat, snow that’s ready to melt.  I’m from California.  I practically never see snow, so the one word I have to it is enough for me.”

Note that while Robbins used the example of an Eskimo, it’s irrelevant.  Think about how well an advanced skier can describe the snow on the slopes.  They can be incredibly more specific than a novice that might just say there is snow on the slopes.

Asking intelligently is a skill.

Practice the skill of asking more intelligently so you can get what you really want.

Interestingly, you can practice asking more intelligently with yourself to build your clarity and conviction and congruence.

Previous Post:Choose “How” Questions Over “Why” Questions
Next Post:The Essence of Business Development – Innovation, Quantification, and Orchestration