Improve Your Influence and Impact–Be Aware of the Larger System 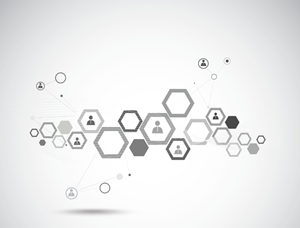 “A teacher affects eternity; he can never tell where his influence stops.” — Henry Adams

Whenever I take on a project, one of the first things I do is look at the system.

If I know the system I’m in, I can produce more effective results.

To figure out the system, I try to map out the context, flows of work, key events, and who does what.

With or Against the System

Once I have a map of the system, I have a bird’s-eye view of how to get leverage.

I can then either try to get results by working with the system or against the system.

In Influence Without Authority, Allan Cohen and David Bradford write about being aware of the larger system to produce more effective results.

One of the best ways to set yourself up for a glide path is to know where the most friction will be and address it.  Cohen and Bradford share an example of how salespeople anticipate and respond to potential resistance from the larger system.

Via Influence Without Authority:

“Salespeople anticipate that resistance to what they are selling might be coming from other parts of the organization.

If that turns out to be true, they help the ‘purchaser’ plan the arguments or approaches to other key players such as the client’s boss, the finance department, sister divisions, and so on.”

The system is interconnected.  If you’re going to change the system, know the potential impact.

Via Influence Without Authority:

“Organizations are interconnected systems, and a change in one part can have a positive – or negative – impact on another.

Thus, in addition to understanding the nature of your client’s core activities, it is also wise ahead of time to know how your change effort, product, or service will affect other areas.

Even a small change can have unanticipated negative consequences.

Know the system’s effects ahead of time, not after blundering in.”

Escalating Up the Hierarchy

How To Deal with Hard Bargainers

Previous Post:Your Best Performance Happens in the Trusting Mindset
Next Post:Sharpen Your Focus One Pitch at a Time