Be Courageous (Life’s Too Short to Live in Fear) 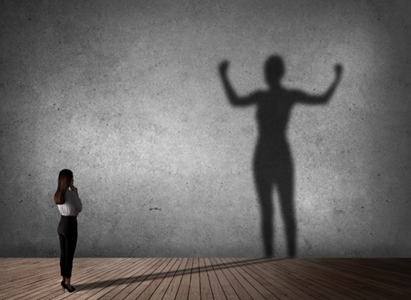 “Being deeply loved by someone gives you strength, while loving someone deeply gives you courage.” — Lao Tzu

Courage isn’t the lack of fear.

It’s feeling the fear and doing it anyway.

But what if instead of fear, you could feel confidence and courage?

What if you were to live life with more gusto, more boldness, and you could use your challenges to build you up vs. break you down, or keep you down?

Courage is facing your fears, bouncing back when things go wrong, and moving forward.

Courage is eating fear for breakfast.

In the book, The Carpenter: A Story About the Greatest Success Strategies of All, Jon Gordon tells the story of Michael who learns what it means to be courageous and face his fears.

Courage is the Difference

A lack of courage is the difference between living your life and living the life of your dreams.

“As he drove home, all he could think about was the word courage.

His friend Erwin McManus had once told him that courage is the difference between dreaming of the life you want and living the life of your dreams, but as Michael searched his heart, he didn’t feel very courageous.”

Don’t Judge Me By My Successes

Courage isn’t about success.  Courage is getting back up again when you get knocked down.

“He remembered a quote from Nelson Mandela that he had once heard and memorized:

‘Do not judge me by my successes, judge me by how many times I fell down and got back up again.’

Michael realized he had been listening to himself, thinking all that mattered was a successful outcome, but now he realized that what mattered most was that he bounced back from each failure and setback.”

Life’s Too Short to Live in Fear

Life can pass you by if you live it in fear.

Gordon writes:
”’Be courageous,’ he told himself as he clenched his fists.  Fear had caused him to collapse once but would not again.

Life’s too short not to go after your dreams.

‘Life’s too short to live in fear,’ he shouted as he looked in the rearview mirror.

He didn’t want to just be courageous for himself, but also for his family and everyone who believed in him.”

He was Courageous, Loving, and Caring

You leave a legacy through your courageous actions.

“He knew years from now his kids would be telling stories about him, and he wanted them to say that he was courageous, loving, and caring.

He wanted them to know that he was willing to fail in order to succeed.

He knew his life and the lessons his kids learned from him would be the greatest legacy he could leave them, and there was no way he was going to leave a legacy of fear and cowardice.”

Only the Courageous Create

It’s easy to be a critic.  It takes courage to step in the ring.

“They had decided when they stepped out in faith to pursue their dream, they couldn’t have a plan B, or it would be too easy to quit.

There was no other options.

Sure, their families criticized them, but they liked to say that everyone can be a critic but only the courageous create.”

Create the Life of Your Dreams or Fail Trying

Are you creating and living the life of your dreams?

“Now he was a crossroads.  Let failure define him and let the critics have their day, or let his courage define him.

There was no other way.  He would be courageous and create the life of his dreams or fail trying.”

Will you let fear or failure stop you, or will you use courage to keep moving forward?

“He walked into the house and straight to his kids’ bedrooms to write a message on their whiteboards.

They might not fully understand what he was writing now, but over time he believed the message would serve them well:

No challenge can stop you if you have the courage to keep moving forward in the face of your greatest fears and biggest challenges.

As Walt Disney said, “All our dreams can come true – if we have the courage to pursue them.”

Are you pursuing your dreams with courage?

10 Big Ideas from The Carpenter
Next Post:Envisioning is the Leadership Skill of Time Travel