How To Set Boundary Conditions to Make Better Decisions 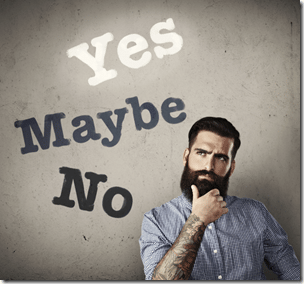 “Once you make a decision, the universe conspires to make it happen.” — Ralph Waldo Emerson

You can set boundary conditions to make better decisions.

Putting decisions into place usually requires compromises along the way or dealing with unforeseen events.

If your decision depends on everything going perfectly well, you’re in trouble.  If you don’t know the minimum your decision needs to accomplish, then you can end up taking compromises too far.

This is your chance to set boundary conditions to make better decisions.

Don’t Depend on Everything to Go Right

To make effective decisions, you need to know the boundaries.

You need to know what good like in terms of a continuum, from the minimal solution to the ideal.

Most importantly, don’t depend on the decision that requires everything to go right.

Know What the Decision Has to Accomplish

Peter Drucker reminds us that we need to know what the decision has to accomplish.

Define the Boundaries for the Decision Concisely

Drucker reminds us to state the boundary conditions concisely.

“The more concisely and clearly boundary conditions are stated, the greater the likelihood that the decision will indeed be an effective one and will accomplish what it set out to do.

Conversely, any serious shortfall in defining these boundary conditions is almost certain to make a decision ineffectual, no matter how brilliant it may seem.”

What’s the Minimum the Decision Needs to Satisfy

Drucker reminds us to get clarity on what the minimum solution would be.

“What is the minimum needed to resolve this problem?  Is the form in which the boundary conditions are usually probed.  Can our needs be satisfied?  Alfred P. Sloan presumably asked himself when he took command of General Motors in 1922, by removing the autonomy of the division heads.  His answer was clearly in the negative.

If It Doesn’t Satisfy the Boundaries, It’s Not Effective

If the decision won’t satisfy the boundaries, Drucker reminds us to avoid these decisions.

Both will be wrong, of course.  But one can salvage the appropriate decisions for the incorrect boundary conditions.  It is still an effective decision.  One cannot get anything but trouble from the decision that is inadequate to its specifications.”

Know When a Decision Has to be Abandoned

“In fact, clear thinking about the boundary conditions is needed so that one knows when a decision has to be abandoned.”

Avoid Decisions Where Everything Has to Go Right

The worst decisions are the ones that depend on everything going right.

“But clear thinking about the boundary conditions is needed also to identify the most dangerous of all possible decisions: the one that might – just might – work if nothing whatever goes wrong.  These decisions always seem to make sense.

But when one thinks through the specifications they have to satisfy, one always finds that they are essentially compatible with each other.  That such a decision might succeed is not impossible – it is merely grossly improbable.  The trouble with miracles is not, after all, that they happen rarely; it is that one cannot rely on them.”

Example of Where Everything Had to Go Right

Drucker provides a an example of a decision that depended on everything going right (but it didn’t).

“A perfect example was President Kennedy’s Bay of Pigs decision in 1961.  One specification was clearly Castro’s overthrow.  But at the same time, there was another specification: not to make it appear that U.S. forces were intervening in one of the American republics.

That the second specification was rather absurd, and that no one in the whole world would have believed for one moment that the invasion was a spontaneous uprising of the Cubans, is beside the point.

To the American policy-makers at the time, the appearance of nonintervention seemed a legitimate and indeed a necessary condition.

But these two specifications would have been compatible with each other only if an immediate island-wide uprising against Castro would have completely paralyzed the Cuban army.

And this, while not impossible, was clearly not highly probable in a public state.  Either the whole idea should have been dropped or American full-scale support should have been provided to ensure success of the invasion.”

The Mistake Was Failure to Think Through the Boundary Conditions

Drucker points out the problem was failure to think through the boundaries for success.

“It is not disrespect for President Kennedy to say that his mistake was not, as he explained, that he had ‘listened to the experts.’

The mistake was failure to think through the boundary conditions that the decision had to satisfy, and refusal to face up to the unpleasant reality that  a decision has to satisfy two different and at bottom incompatible specifications it not  a decision but a prayer for a miracle.”

If the decisions is a failure from the start, Drucker reminds us not to go down that path.

“Everyone can make the wrong decision – in fact, everyone will sometimes make a wrong decision.  But no one needs to make a decision that, on its face, falls short of satisfying the boundary conditions.”

I think Drucker nails the keys for establishing boundaries in your decisions.  I really think knowing your minimum and knowing when to abandon a decision are especially important criteria, that if you don’t think through up front, you’ll have a tough time figuring our when your mired in action.

I find myself paying a lot more attention to decisions where the assumption is everything will go right.  I think the key here is to explicitly call out the assumptions for the decision to work and that alone should raise concerns.