Self-Control Wears You Out 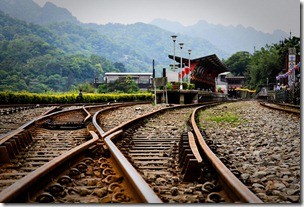 “Nobody can go back and start a new beginning, but anyone can start today and make a new ending.” — Maria Robinson

When you have to think your way through things, you wear yourself out.

This is why routines and going into automatic pilot serve you.

You effectively rob Peter to pay Paul, when you spend your thinking on things.  That’s why focus and what you direct your attention to and what you choose to turn into thoughtful decisions or mindful actions is so important.  In other words, you have a “thinking budget” to spend throughout the day, that ideally you spend on what matters most, based on what you want to accomplish.

Air Force pilots understand the danger of their pilot’s burning up their attention.  If pilots get overwhelmed, they shut down, compartmentalize, or channelize.  They reduce task saturation and overwhelm through checklists and simple visual cues and reminders.

This is also why change is so tough.  Anytime you’re breaking a routine or changing a habit, you have to monitor and correct your behavior, and think your way through things.  This is the pain of  moving from conscious incompetence to unconscious competence.  Eventually, you’re body will know just what to do, but in the early stages it’s a lot of course correction and mindful, deliberate action.  It’s like when you drive for miles and don’t realize how far you’ve gone.

In the book, Switch: How to Change Things When Change Is Hard, Dan Heath and Chip Heath write about how change is hard because self-control wears you out.

Self-Control is an Exhaustible Resource

Managing yourself takes effort and you actually drain yourself in the process.

“… psychologists have discovered that self-control is an exhaustible resource.  It’s like doing bench presses at the gym.  The first one is easy, when your muscles are fresh.  But with each additional repetition, your muscles get more and more exhausted, until you can’t lift the bar again.”

Self-control isn’t just resisting something you want.  It also applies to monitoring and correcting your actions, thoughts, and behavior.

“We don’t mean the narrow sense of the word, as in the willpower needed to fight vice (smokes, cookies, alcohol).  We’re talking about a broader-kind of self-supervision.  Think of the way your mind works when you’re giving negative feedback to an employee, or assembling a new bookshelf, or learning a new dance.  You are careful and deliberate with your words or movements.  It feels like there’s a supervisor on duty.  That’s self-control too.“

Mindless activity is easy.  We know just what to do.  It’s when we break the auto-pilot that things get tough.

“Contrast that with all the situations in which your behavior doesn’t feel “supervised” — for instance, the sensation while you’re driving that you can’t remember the last few miles of the road, or the easy, unthinking way you take a shower or make your morning coffee.  Much of our daily behavior, in fact, is more automatic than supervised, and that’s a good thing because the supervised behavior is the hard stuff.  It’s draining.”

Change is Hard Because People Wear Themselves Out

People aren’t lazy or resistant to change.  They simply get worn out.

“And when people exhaust their self-control, what they’re exhausting are the mental muscles needed to think creatively, to focus, to inhibit their impulses, and to persist in the face of frustration or failure.  In other words, they’re exhausting precisely the mental muscles needed to make a big change.  So when you hear people say that change is hard because people are lazy or resistant, that’s flat wrong.  In fact, the opposite is true.  Change is hard because people wear themselves out.“

Dan and Chip share the story of an experiment that highlights how resisting temptation wears you out mentally.  I’ll summarize here.

As you can guess, the radish-eaters had a tough time resisting the cookies and this wore them out mentally.  This showed up when the students were tested right after, by working on unsolvable puzzles (but the students didn’t know the problems were unsolvable.)

To bottom line it, the “untempted” students (the cookie-eaters) spent 19 minutes on the task, and 34 attempts on the impossible problem. The cookie-eaters were fresh and untaxed.  On the other hand, the radish-eaters gave up after only 8 minutes and made 19 attempts.

They had worn out their persistence fighting their temptation.

Imagine that … worn out, simply by resisting some fresh baked cookies.

Now that I know this, I spend less cycles on things that I think are trivial.  I just let them go. I don’t want to waste my “thought budget” on the lesser decisions that get in the way of the more important things.  I also structure myself for success using checklists and visual cues where I can, so I don’t have to spend energy thinking about things that I can effectively turn into routines.

The Elephant and the Rider: A Metaphor for Our Emotional and Rationale Sides
Next Post:Faith vs. Belief