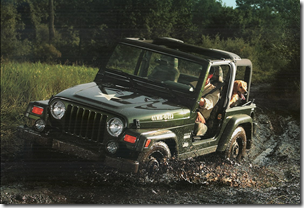 “The only person you are destined to become is the person you decide to be.” –- Ralph Waldo Emerson

What would your values need to be to create your ultimate destiny and live your best life?

That’s the question Tony Robbins asked himself long ago.

Before that, he was living his values.

But all that meant was that he had good clarity of the values that had been conditioned and programmed into him over his life.

Consciously Choose Your Values and Prioritize Them

He realized that to be the best person he could possibly be, he would need to consciously choose his values and prioritize them.

And this is the heart of profound change and personal transformation.

In the book, Awaken the Giant Within:  How to Take Immediate Control of Your Mental, Emotional, Physical and Financial Destiny, Tony Robbins shares what he learned about changing his values to shape and create his ultimate destiny.

What happens when you change from asking, “What’s important to me?” to asking “What do my values need to be?”   Here is an example of Tony Robbins’ values hierarchy.

What Would Happen if You Consciously Chose Your Values?

“I began to think about what would happen if, instead of just teaching people what their values were and clarifying them, I actually got people to consciously select or redirect the order and content of their values hierarchy system.  What if I took someone whose number-one value was security, and whose number-fifteen value was adventure, and I switched the order, not only intellectually but so that adventure became the new highest priority in their nervous system?  What kind of change do you think that might make in someone’s life? A minor one or a major one?”

You Change the Way You Think, Feel, and Behave in Every Area of Life

Changing your values changes everything.

“The answer is obvious.  By doing this, you literally change the way a person thinks, feels, and behaves in virtually every area of their life.  I couldn’t imagine a more profound shift that a human being could make.  In essence, this would be the kind of change that has been described throughout history: a conversion from Saul to Paul, if you will, with the things that a person hated most becoming the things they loved the most, and vice versa.”

What Would Your Values Need to Be to Live Your Best Life?

The ultimate question to ask is what would your values need to be so that you could realize your potential and live your best life?

Via Awaken the Giant Within:
”At first I thought, ‘My values are great! I love my values. After all, this is who I am.’  But I had to keep reminding myself that we are not our values. We are much more than our values.  These values were not the result of intelligent choices and a master plan.  What I had merely accomplished until now was discovering what priorities were conditioned into my life, and I had consciously chosen to live within the system of pain and pleasure that had been programmed into me.  But if I were to really design my own life, if I were to create a set of values that would shape the ultimate destiny I desired, what would they need to be?”

5 Questions to Re-Design Your Values System

Tony Robbins shares five questions that he went through to evaluate and re-design his value hierarchy so that he could create and shape his ultimate destiny:

How Tony Robbins Changed his Values of Intelligence, Freedom, and Passion

Two Steps to Take Control of Your Values

To take control of your values, Tony Robbins recommends a two step process:

Own your values.  Shape your destiny.

Guide Your Path with Vision, Values, and Goals

Meta-Programs and Intrinsic Values in NLP

How To Skim a Book with Skill
Next Post: How Tony Robbins Masters Emotional Intelligence Through Skills and Language