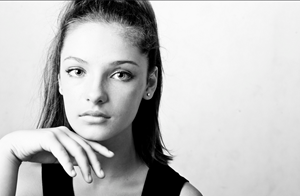 “Inspiration is the windfall from hard work and focus. Muses are too unreliable to keep on the payroll.” — Helen Hanson

Should you anticipate the market or follow your Muse?

You can win big if you chase the market and get it right.

But in the end, if you lose your Muse, you can lose the best part of you.

In The War of Art: Break Through the Blocks and Win Your Inner Creative Battles, Steven Pressfield shares his perspective on whether you should follow the market or follow your Muse.

The Definition of a Hack

If your heart it not in it, you might be a hack.

Via The War of Art:
”I learned this from Robert McKee.  A hack, he says, is a writer who second-guesses his audience.  When the hack sits down to work, he doesn’t ask himself what’s in his own heart.  He asks what the market is looking for.”

The Hack Chases the Market

Via The War of Art::

“The hack condescends to his audience.  He thinks he’s superior to them.  The truth is, he’s scared to death of them, or, more accurately, scared of being authentic in front of them, scared of writing what he really feels or believes, what he himself thinks is interesting.  He’s afraid it won’t sell.  So he tries to anticipate what the market (a telling word) wants, then gives it to them.

In other words, the hack writes hierarchically.  He writes what he imagines will play well in the eyes of others.  He does not ask himself, What do I myself want to write?  What do I think is important?  Instead he asks, What’s hot, what can I make a deal for?

The hack is like the politician who consults the polls before he takes a position.  He’s a demagogue.  He panders.”

A Hack Can Payoff, But You Lose Your Muse

You can make the big bucks being a hack.  But it’s at the expense of your Muse.

“It can pay off, being a hack.  Given the depraved state of American culture, a slick dude can make millions being a hack.  But even if you succeed, you lose, because you’ve sold out your Muse, and your Muse is you, the best part of yourself, where your finest and only truly work comes from.”

What Happens When the Muse Wins

Pressfield found his best success when he let go of following the market and instead followed his Muse.

“I was starving as a screenwriter when the idea for The Legend of Bagger Vance came to me.  It came as a book, not a movie.  I met with my agent to give him the bad news.  We both knew that first novels take forever and sell for nothing.  Worse, a novel about golf, even if we could find a publisher, is a straight shot to the remainder bin.

But the Muse had me.  I had to do it.  To my amazement, the book succeeded critically and commercially better than anything I’d ever done, and others since have been lucky too.  Why? My best guess is this: I trusted what I wanted, not what I thought would work.  I did what I myself thought was interesting, and left its reception to the gods.”

Maybe being a hack can pay off.

But is it worth losing the best part of you?

Maybe rather than chase the market, you can make a market with your Muse.