How To Write Better By Chunking Up Your Phrases 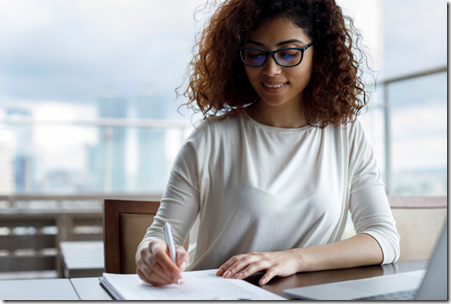 “If it sounds like writing, I rewrite it.” — Elmore Leonard

Have you ever had to wait too long for somebody to make a point?

Their sentences run on but leave you hanging and you have to keep it all in your head to try and follow along.

They make you work too hard to follow the information.   Surprisingly, it’s not how long the sentences are that make them complex.  It’s how long it takes to complete the phrases.

We understand concepts phrase by phrase, not word by word.  As an author, when you know this, you can write simpler and more effectively to make your points.  As a reader, now you know why some writing is harder to follow than others.

In the book Mind Hacks: Tips & Tricks for Using Your Brain, Tom Stafford and Matt Webb write about how chunking up phrases can help simplify writing and make it easier to follow.

We Understand Phrase by Phrase

You don’t comprehend word by word.  You make sense phrase by phrase.

“When you’re reading a sentence, you don’t understand it word by word, but rather phrase by phrase.  Phrases are groups of words that can be bundled together, and they’re related by the rules of grammar.

A noun phrase will include nouns and adjectives, and a verb phrase will include a verb and a noun, for example.  These phrases are the building blocks of language, and we naturally chunk sentences into phrase blocks just as we chunk visual images into objects.”

It’s waiting to complete a phrase that makes sentences hard to understand.

“It’s now how long a sentence is that makes it hard to understand.  It’s how long you have to wait for a phrase to be completed.

What this means is that we don’t treat every word individually as we hear it; we treat words as parts of phrases and have a buffer (a very short-term memory) that stores the words as they come in, until they can be allocated to a phrase.

Sentences become cumbersome not if they’re long, but if they overrun the buffer required to parse them, and that depends on how long the individual phrases are.”

An Example of Increasing Complexity

Stafford and Webb share an example of increasing complexity:

“Human languages have the special property of being recombinant.  This means a sentence isn’t woven like a scarf, where if you want to add more detail you have to add it at the end.  Sentences are more like Lego.

The phrases can be broken up and combined with other sentences or popped open in the middle and more bricks added.”

Examples of Noun and Verb Phrases

Stafford and Webb show an example of noun phrases:

In a noun phrase, the noun is the object of the sentence.

“The way sentences are understood is that they’re parsed into phrases.  One type of phrase is a noun phrase, the object of the sentence.

In ‘This sentence is a an example,’ the noun phrase is ‘this sentence.’  For the second, it’s ‘this boring sentence.’

As you read, words sit in a buffer until you assemble the phrases.

“Once a noun phrase is fully assembled, it can be packaged up and properly understood by the rest of the brain.

During the time you’re reading the sentence, however, the words sit in your verbal working memory – a kind of short-term buffer – until the phrase is finished.”

In verb phrases, the verb is the focus.  Phrase boundaries around verb phrases and noun phrases make sentences easier to understand.

“Verb phrases work the same way.  When your brain sees ‘is,’ it knows there’s a verb phrase starting and holds the subsequent words in memory until the phrase has been closed off (with the word ‘example,’ in the first sentence in the previous list).

Similarly, the last part of the final sentence, ‘of sentence structure,’ is a prepositional phrase, so it’s also self-contained.

Phrase boundaries make sentences much easier to understand.  Rather than the object of the third example sentence being three times more complex than the first (it’s three words: ‘long, boring sentence’ versus one, ‘sentence’), it can be understood as the same object, but with modifiers.”

“A sentence takes on a treelike structure, for these simple examples, in which phrases are smaller trees within that.

To understand a whole phrase, its individual tree has to join up.

These sentences are all easy to understand because they’re composed of very small trees that are completed quickly.”

“To find phrase boundaries, we check individual word meaning and likelihood of word order, continually revise the meaning of the sentence, and so on, all the while the buffer is growing.”

Speeches need to be simpler than written text because you can’t skip back and reread them.

“A characteristic of good speeches (or anything passed down in an oral tradition) is that they minimize the amount of working memory, or buffer, required to understand them.

This doesn’t matter so much for written text, in which you can skip back and read the sentence again to figure it out; you have only one chance to hear and comprehend the spoken word, so you’d  better get it right the first time around.

That’s why speeches written down always look so simple.”

You Can’t Ignore the Buffer size for Written Language

If you want to increase simplicity, then pay attention to buffers even in written language.

“That doesn’t mean you can ignore the buffer size for written language.  If you want to make what you say, and what you write, easier to understand, consider the order in which you are giving information in a sentence.

See if you can group together the elements that go together so as to reduce demand on the reader’s concentration.  More people will get to the end of your prose with the energy to think about what’ve said or do what you ask.”

If you want to make more impact, write simpler sentences.

10 Reasons for Writing Things Down

A Better Way to Write in Your Books

Don’t Let the Great Writer, the Great Artist, or the Great Genius Hold You Back

How To Conquer Your Fear of Writing

How To Improve Your Writing with 5 Key Principles

How Writing 3 Things Down Helps You Live Longer and Stronger

How Writing Things Down Frees You Up for More Solutions

The Power of Handwritten Notes and Reminders

How To Find Your Personal Process for Success
Next Post:How To Choose Jobs Better Based on Your Strengths