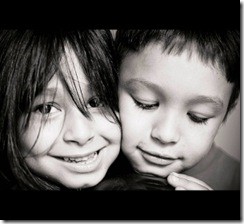 How can you improve conflict resolution?  Do you find yourself stuck in conflicts or arguments that go nowhere fast?

You know the ones, where the longer you argue, the more you spiral down.

If you don’t know the secret of conflict resolution, you can literally spend a lifetime butting heads and locking horns.

If you know the secret of conflict resolution, then you can recognize situations and quickly get unstuck.

The Secret of Conflict Resolution

Shifting tense could be the ultimate conflict resolution strategy.  Rather than focus on the past or the present, shift to the future.

The future is choice and opportunity.

In Thank You for Arguing: What Aristotle, Lincoln, and Homer Simpson Can Teach Us About the Art of Persuasion, Jay Heinrichs writes about resolving conflict more effectively by shifting tense.

The Future is About Choice

How can you use tense more effectively as a conflict resolution strategy?

The past is about assigning blame.  The present is about values.  The future is about choice:

When you understand what each tense is really about, you can resolve conflict more effectively, or at least recognize when and where you are stuck.

Example of Blame, Values, and Future in Action

Heinrichs uses an example to make the point.  Imagine a scenario where a couple is in their living room, reading books and listening to music.

In response to her request, “Can you turn that down a little?” , he can respond with blame, values or choice.

See how something as simple as shifting to the future gets out of the blame game of the past, the value debate in the present, and creates an opportunity to enjoy a better future? (in more ways than one.)

Aristotle Used the Past, Present, and Future to Master Rhetoric

According to Heinrichs, Aristotle thought tenses were so important that he assigned a whole branch of rhetoric to each one:

The past tense is good for whodunits and for courts of law.

The present tense is good for describing people who meet a community’s ideals or fail to live up to them.

The future is good for making joint decisions.  The future skips right and wrong, good and bad, in favor of expedience.

Switch Tense to the Future

Heinrichs suggest switching tense if you find yourself stuck. I think this is as simple as asking a solution-focused question.  For example, “What’s the solution?” … or “How can we solve this?”

“If you find an argument spinning out of control, try switching the tense.  To pin blame on the cheese thief, use the past tense.  To get someone to believe that abortion is a terrible sin, use the present tense.  The future, though, is the best tense for getting peace and quiet in the living room.”

Focus on the Future

Rather than get stuck on right or wrong, or good or bad, you can shift to the future.  To put this in practice, at work rather than ask somebody “why are you late?,” I ask them “how can you show up on time?”   This moves the argument from blame to opportunity.

“We expect our arguments to accomplish something.  You want a debate to settle an issue, with everyone walking away in agreement – with you.  This is hard to achieve if no one can get beyond who is right or wrong, good or bad.  Why do so many arguments end up in accusation and name-calling? The answer may seem silly, but it’s crucial: most arguments take place in the wrong tense.  Choose the right tense.  If you want your audience to make a choice, focus on the future.  Tenses are so important that Aristotle assigned a whole branch of rhetoric to each one.”

Do you want the issue to be about blame, values or choice.  Don’t get stuck in blame game or fighting over values.  The most productive arguments focus on choice.

“Do you want to fix blame?  Define who meets or abuses your common values?  Or get your audience to make a choice?  The most productive arguments use choice as their central issue.  Don’t let a debate swerve heedlessly into values or guilt.  Keep it focused on choices that solve a problem to your audience’s (and your) advantage.”

Use tense as your friend.  To move the ball forward, shift gears to the future.

“Keep your argument in the right tense.  In a debate over choices, make sure it turns to the future.

The point here is that if you are aware of the tense that you’re in, you can shift it deliberately to be more effective.”

Previous Post:Design a Routine for Exceptional Thinking
Next Post:Great Lessons Learned from Per Vonge Nielsen