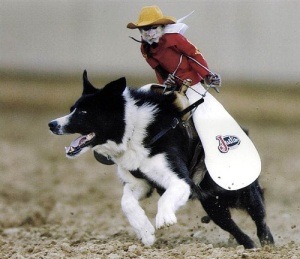 How do you get a group to make better decisions?

Beat Up and Explore Ideas Together

Beating up an idea is good. Resistance makes it stronger.

The trick is how to beat up an idea together versus promoting individual ideas.

The other trick is how to keep it from being personal where people will get defensive of their ideas.

When people get defensive, their fight-or-flight response kicks in and instead of more effective thinking, you get emotional responses.

Wearing “hats” and using questions to move through the perspectives helps avoid people defending or promoting their ideas, it promotes more robust thinking, it keeps people from getting defensive, and it leverages a team of minds cooperating together.

Create Controversy in a Cooperative Way

When making decisions, people tend to use one of three strategies – they avoid, cooperate, or compete.

They key is to create controversy in a cooperative way.

The key is to keep it friendly.  It should be an open and respectful exploration of opposing ideas.

“The results of the study showed quite clearly that the least effective approach was competitive controversy. Subjects had less awareness and based only on their own point of view.

In contrast, cooperative controversy resulted in increased understanding and acceptance of other’s arguments, and the ultimate decisions were more complex and integrated.

Results in the “no conflict” condition were not as favorable as the cooperative controversy condition; while the managers did try to take the arguments of the others into account, the arguments were not understood very well. “

Why Does Cooperative Controversy Work?

When controversy is encouraged people try to understand opposing views, versus defend on view.

“Why, as the results of the Tjosvold (1982) study suggest, should the promotion of cooperative controversy be an effective technique for enhancing group effectiveness?

One reason is that group members gain a better understanding of opposing views when cooperative controversy is encouraged.

Moreover, uncertainty about the correct solution to the problem, which occurs when controversy about the problem is aroused, leads to an active search for more information, which can enhance the quality of the solution ultimately arrived at (D. W. Johnson & Johnson, 1979).”

I found the following links helpful to explain cooperative controversies:

The Power of Superordinate Goals: How To Reduce Conflict Between Groups
Next Post:Personal Invention Quotas