How To Cope with Bosses Who are Super-Delegators 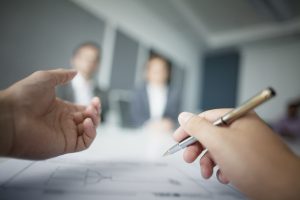 To do a good job in any organization, you need to know where you’re going, how much authority you have, and how well you’re doing.

Your boss is supposed to supply this information.

Unfortunately, some bosses are “Artful Dodgers.”

In previous posts, I focused on the Staller and the Waffler. In this post, I’ll focus on the Super-Delegator. In Coping with Difficult Bosses

They often blame their subordinates for missteps, late or incomplete assignments or lack of follow through.

Because of their Laissez-faire approach, they can often fail to provide you with important perspective, timely information, or guidelines on how you can do a first-rate job.

The problem isn’t pushing too much delegation, it’s using it inappropriately and unskillfully.

Super-Delegators confuse delegation with dumping. For example, while Super-Delegators are usually quite willing to enumerate goals, then tend to be casual about the specifics that count – priorities, the standards by which your performance will be judged, or guidelines for resolving sticky policy questions.

You Don’t Know All the Rules

If however, your decisions, or the way you have implemented them, don’t meet your Super-Delegator’s expectations – the ones they neglected to tell you about – you may find that you have not only lost their support, but they have sided with their own bosses, or with accusing customers or clients, in targeting you as a villain.

Three Factors Behind a Super-Delegator

Super-Delegator’s are the result of three factors: An incomplete knowledge of the delegation process, a wish for more personal freedom of action than most managerial roles allow, and an erroneous perception that others are as impatient with any sort of managerial direction as they.

For a smaller group of Super-Delegators, a fourth factor is the culprit, a disquieting suspicion that they many not be worthy enough to direct the affairs of others.