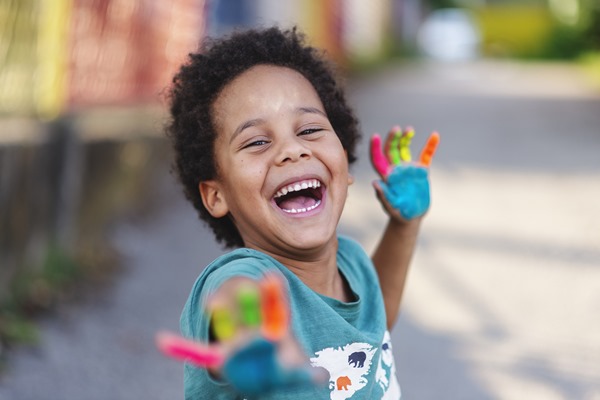 “How many psychologists does it take to change a light bulb?  Only one, but the light bulb has got to really want to change.”

John Cleese gave a pretty epic speech on how to inspire creativity in management.

According to Cleese, creativity is not a special talent or ability that you either have or you don’t.

Instead, creativity is a way of operating.

To be creative in management, you need Open Mode thinking.

Open Mode thinking is where you play with thoughts, ideas, and things.

You explore the art of the possible.

Closed Mode, on the other hand, is tunnel vision and task-based focused on execution.

You shutdown creativity to streamline implementation.

For creativity in management to thrive, you need a culture of Open Mode thinking.

And ultimately you need a combo of Open Mode and Closed Mode to execute and bring ideas to life.

Creativity is Not a Special Talent Reserved for the Elite

Creativity is not a special talent–It’s a way of operating.

But we have to remember how to enjoy the process of playing with possibilities .

“Creativity is not an ability that you either have or do not have.
It is, for example, and this may surprise you, absolutely unrelated to IQ (provided you’re intelligent above a certain minimum level, that is).
McKinnon showed and investigating scientists, architects, engineers, and writers that those regarded by their peers as most creative, were in no way, whatsoever, different in IQ from their less creative colleagues.
So in what way, were they different?
Well, McKinnon showed that the most creative had simply acquired a facility for getting themselves into a particular mood, a way of operating, which allowed their natural creativity to function.
In fact, McKinnon described this particular facility as an ability to play.
Indeed he described the most creative who were in this mood as being childlike.
So they were able to play with ideas, to explore them.
Not for any immediate practical purpose, but just for enjoyment.
Play for its own sake.”

According to Cleese, we function in two modes:

“You can’t be creative in a culture of Closed Mode thinking.

“So what I can just add now is that creativity is not possible in the closed mode.
So how many American TV network executives does it take to screw in a light bulb?
Answer:  Does it have to be a light bulb?”

In Closed Mode, We are Purposeful But Not Creative

But we don’t get our ideas from Closed Mode.

Curiosity and Playfulness are the Hallmarks of Creativity in Management

The mood of Open Mode is curious and playful.

“By contrast, the Open Mode is relaxed, expansive, less purposeful in which we’re probably more contemplative, more inclined to humor, which always accompanies a wider perspective, and consequently more playful.
It’s a mood in which curiosity for its own sake can operate because we’re not under pressure to get a specific thing done quickly.
We can play.
And that is what allows our natural creativity to surface.”

Open Mode is the Backbone for Breakthroughs

Whether you see something as a clue or irrelevant depends on the mode you are in.

If you are in Open Mode, that insight is a clue.

If you are in Closed Mode, that same insight is irrelevant.

When you are in Open Mode, those insights set the stage for your brilliance and breakthroughs.

“Now let me give you an example of what I mean.
When Alexander Fleming had the thought that led to the discovery of penicillin, he must have been in the Open Mode.
The previous day he arranged a number of dishes so that culture would grow upon them.
On the day in question, he glanced at the dishes and he discovered on one of them that no culture had appeared.
Now if he’d been in a closed mode, he would have been so focused upon his need for dishes for dishes with cultures growing upon them, that when he saw that one dish was of no use to him, for that purpose, he would have quite simply thrown it away.
But thank goodness, he was in the Open Mode, so he became curious about why the culture had not grown on this particular dish.
And that curiosity as the world knows led him to the light bulb.
I’m sorry, to penicillin.

Is it a Clue or Irrelevant? (It Depends on the Mode)

Now in the Closed Mode, an uncultured dish is an irrelevance.
In the Open Mode, it’s a clue.”

He didn’t use pressure–he used play.

“Now, one more example.
One of Alfred Hitchcock’s regular co-writers has described working with him on screen plays.
He says, when we came up against a block and our discussions became very heated and tense, Hitchcock would suddenly stop and tell a story that had nothing to do with the work at hand.
At first, I was almost outraged.
And then I discovered that he did this intentionally.
He mistrusted working under pressure.
He would say we’re pressing, we’re pressing, we’re working too hard.
Relax and it will come.
And, says the writer, of course, it finally always did.”

Use Open Mode for Solving, Use Closed Mode for Implementing

To be creative in management requires skillful switching between Open Mode and Closed Mode.

Creativity is not possible in Closed Mode.

And implementation is tough in Open Mode.

Use Open Mode for solving problems, and use Closed Mode for implementing solutions.

“But, let me make one thing quite clear.
We need to be in the Open Mode when we’re pondering a problem.
But, once we come up with a solution, we must then switch to the Closed Mode to implement it.
Because once we’ve made a decision, we are efficient only if we go through with it decisively, undistracted by doubts about its correctness.

For example, if you decide to leap a ravine, the moment just before take off, is a bad time to start reviewing alternative strategies.
When you’re attacking a machine gun post, you should not make a particular effort to see the funny side of what you’re doing.
Humor is a natural concomitant of the Open Mode, but it’s a luxury in the closed one.
No, once we’ve taken a decision, we should narrow our focus while we’re implementing.
And then after it’s been carried out, we should once again switch back to the open mode to review the feedback rising from our action in order to decide whether the course that we have taken is successful, or whether we should continue with the next stage of our plan.

Whether we should create an alternative plan to correct any error we perceive.
And then, back into the Closed Mode that next stage and so on.
In other words, to be at our most efficient, we need to be able to switch backwards and forwards between the two rows.

But here’s the problem:
We too often get stuck in the Closed Mode.
Under the pressures which are all too familiar to us, we tend to maintain tunnel vision, at times when we really need to step back and contemplate the wider view.

This is particularly true of politicians.

The main complaint about them from their non-political colleagues is that they become so addicted to the adrenalin that they get from reacting to events on an hour-by-hour basis, that they almost completely lose the desire or the ability to ponder problems in the Open Mode.

So, as I say, creativity is not possible in the Closed Mode.
And that’s it.”

Do Conflict and Debate Enhance Creativity?
How Can You Instantly Boost Creativity
How To Prime Your Mind for Greatness
How To Build the Creative Habit
How To Apply Creativity to Your Specific Challenges

You’ve Got a Warrior Inside You
Next Post:101 Amazing Insights and Actions for Life and Work