12 Strategies for Dealing with Critics and Criticism 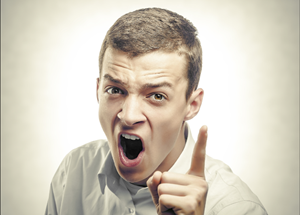 “Artists teach critics what to think. Critics repeat what the artists teach them.” — Sol LeWitt

Everyone’s a critic.  Well now, how’s that for some common ground?

It’s easier to critique than to create, and the world has no shortage of critics.

In a way that’s a good thing, because if you want to improve, you can find plenty of critics that will give you feedback.

Make the Most of Your Critics

What I want to give you are some proven practices for dealing with critics and criticism so that no matter where you go on your journey in life, you can make the most of the critics and the criticism in your life.  By using these practices, you can use your critics to spiral up vs. spiral down, or waste a bunch of energy down dead-end paths or no-win situations.

I’ve been lucky enough to work in some of the toughest areas in the software domain from application architecture to security and performance.  At Microsoft no less.  As you can imagine, working in tough areas means a lot of smart people with a lot of opinions and a lot of heated, passionate debates.

Notice how I said lucky … it’s all in how you look at it.

I’ve been lucky because I’ve been beat up and pulverized by some of the best.   In the early days it was tough, but gradually I learned how to use the criticism to continuously improve my work.  I learned how to not take it personally.

At the end of the day,by making more room for all the high quality feedback, you automatically crowd out all the trivial and the trite.

Life’s too short .. make more room for the good stuff.

12 Strategies for Dealing with Critics and Criticism

As far as critics and criticism go, here are a few lessons I learned that might serve you well:

1. Find a way to agree with your critics.

It takes the wind from their sails.  If you first agree in some way, they felt heard – and you need to establish rapport before you worry about influence (if you first agree with your critic, you have a better chances of persuading.)

2. Turn your critic into a partner.

You can find a hidden lesson (either for improving yourself, your idea, or dealing with critics)

The less you make it personal, the more you can address the real issue and avoid chasing the rabbit down the hole, or playing a game of follow the herring.

5. Don’t bring your ego into the equation.

If you keep your ego out of it, you can evaluate from stronger ground.  You can better evaluate whether something is a fact or an opinion and whether it’s relevant, without getting all fired up.  This is an exercise in emotional intelligence.

6. Use your purpose to get back on your horse.

If you do get knocked off your horse, then use  your "why" to get back on.  It’s behind what you do, and it’s your fuel to keep going.

It’s like the line from that song — "I get knocked down, but I get up again …because you’re never gonna keep me down."

7. Focus on what you control and let the rest go.

8. The market’s not ready for it

I learned this from some smart analysts.  I had an idea to change the world.  The analysts agreed.  I asked Gartner why it might not get adopted.  They said the idea is great, but the market’s not ready.  It surprised me, but at the same time made so much sense.

9. Feedback is your friend.

Use it if it’s useful.  Whatever doesn’t kill you makes you stronger ;)    As one of my mentors put it, there are always three ways to deal with feedback: 1) ignore it, 2) take it all in, or 3) figure out what’s relevant and actionable, and use it to grow.

Sometimes you have to remind people when you’re the messenger, not the message.

11. Have a metaphor for your role.

Are a shepherd ?  Are you a coach?  Are you a stone-cutter? (consistent effort over time until one day the rock breaks.)

Having the metaphor will help you through thick and thin.

You support network can act as your personal sounding board and help you rationalize any feedback.  They may see things you don’t or have a better perspective.

A few years back I adopted a practice that serves me well.  Each week, I have lunch with an old friend, and somebody new.  This tunes, prunes, and grows my personal and professional network.

That’s a small set of distinctions, but they’re incredibly effective and they’ll serve you well.

Hold steady to your course.   Share your gift.  Some people know but can’t share. Some people share, but don’t know.  The beauty is when you have the gift of knowing and sharing and you use it well.

Books that Nail this Topic

Crucial Conversations: Tools for Talking When Stakes Are High

Dealing with People You Can’t Stand: How to Bring Out the Best in People at Their Worst

V-Team Success: 7 Steps for Building High-Performing V-Teams with Skill
Next Post:Cracking the Code: How to Attract Everything You’ve Ever Wanted