How To Use the Disarming Technique with Nagging Critics 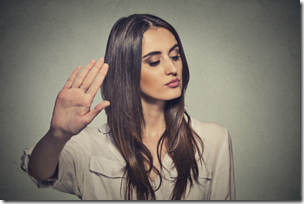 “There is no easy way to train an apprentice. My two tools are example and nagging.” — Lemony Snicket

Are people giving you a bunch of great advice, but you don’t like getting pushed around?

You can use the disarming technique.

To use the disarming technique, you take the wind out of your nagging critic’s sails by agreeing with your critic, but making it your own decision, not theirs.

In Feeling Good: The New Mood Therapy, David Burns writes how to use the disarming technique to deal with nagging critics.

“Your sense of paralysis will be intensified if your family and friends are in the habit of pushing and cajoling you. This nagging should statements reinforce the insulting thoughts already echoing through your head.

Why is their pushy approach doomed to failure?

It’s a basic law of physics that for every action there’s an equal and opposite reaction.

Any time you feel shoved, whether by someone’s hand actually on your chest or by someone trying to boss you around, you will naturally tighten up your chest and resist so as to maintain your equilibrium and balance.

You will attempt to exert your self-control and preserve your dignity by refusing to do the thing that you are being pushed to do.

The paradox is that you often end up hurting yourself.”

An Example of Nagging in Action

Burns shares a story about Mary, a woman in her late teens, who avoids doing things because it would mean giving in to her mother.

“Supposed you are Mary, and after thinking things over you decide you would be better off if you got involved in doing a number of things.

You’ve just made this decision when your mother comes into your bedroom and announces, ‘Don’t you lie around any longer! Your life is going down the drain. Get moving! Get involved in the things the way the other girls your age do!’

At that moment, in spite of the fact that you have already decided to do just that, you develop a tremendous aversion to it!”

How To Use the Disarming Technique

Make it your decision.

To use the Disarming Technique, simply make it your decision, not your nagging critic’s.

Don’t cut your nose off to spite your face.  You can disarm an attack and, by making it your own decision.  Simply assert that your choice is because of your own decision and that you are exercising your right to make your own choices.

‘Yes, Mom, I just thought the situation over myself and decided it would be to my advantage to get moving on things. Because of my own decision, I’m going to do it.’

Now you can start doing things and not feel bad. Or if you wish to put more of a barb in your comments, you can always say, ‘Yes, Mom, I have in fact decided to get out of bed in spite of the fact you’ve been telling me to!’”

Don’t get pushed around.

Use advice as input, then make it your decision, not your critic’s.

Coercion is a Deadly Enemy of Motivation

How To Use the TIC-TOC Technique

Learn to Endorse Yourself

How To Use the But-Rebuttal Method

How To Use a Pleasure-Predicting Sheet

How To Use a Daily Record of Dysfunctional Thoughts

How To Use an Anti-procrastination Sheet

How To Use a Daily Activity Schedule

How To Motivate Yourself Without Coercion
Next Post:3 Principles of Cognitive Therapy