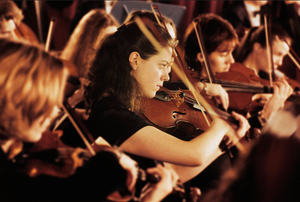 “If you celebrate your differentness, the world will, too. It believes exactly what you tell it.” — Victoria Moran

Seth Godin teaches us that we are all a little weird.

But do we really live up to that?

It’s one thing to think we do, or say we want to, but it’s another thing to really live life on our terms.

After all, It’s hard to stand out, if you’re too busy fitting in.

The problem with fitting in, is who you are fitting in with.  If you’re trying to fit in with most people or trying to be normal, or like everybody else, that leads to a lackluster life, and it’s no way to rise and shine.

According to Voogd, here’s the life that “most people” lead:

If you want the normal life, with normal income, normal problems, and normal experiences, then model from most people.

Normal doesn’t lead you to where your greatness is.  Voogd shares a bit of insight from the bestselling book, The Millionaire Fast Lane, by MU Demarco, that explains normal perfectly:

“I’ve grown up trying to fit in because I thought that’s what we were supposed to do.  You get reprimanded and disciplined if you speak up, act out, or try to be ‘different’ in school.  Well, in entrepreneurship and business, it’s a great way to separate yourself from the herd.  When I say go against the grain, I mean stand out versus fit in, and, instead of comparing yourself to others, differentiate from others.

Earl Nightingale was one of the first business philosophers of our time and he said something that I’ll never forget:

‘If you really want success, and you don’t have any mentors or guidance, you can get a head start by looking at what everybody else is doing an do the opposite.’

When I was at rock bottom and felt like I had no way out, I realized that most people would have quit, which is the exact reason I didn’t.  I often think, What would the majority do? I then continue doing the opposite because I don’t want to end up like the majority.“

Do What Other People are Unwilling to Do

Another way to stand out from the crowd and differentiate from the herd is to do what others aren’t willing to do.

“Don’t be like most people.  I know deep down no one wants to be typical or average, and everyone wants to be special and different.  Here’s the problem: we all do the same thing over and over.  The majority of us live like one another and then wonder why we continually fail to achieve any real results or success in our lives.  We follow each other’s lead and rarely break the mold.  Your life will become much more convenient when you take this seriously.  All the greats in our society life life to their own choosing, not other people’s.  One way to be outstanding and become more valuable is to do what others are unwilling to do.  I’d rather go broke building my dreams, than just get by living somebody else’s.”

It’s one thing to say you want to be different, but it’s another thing to actually live and breathe it.

“It’s one thing to say you’re different, but it’s another to think, act, and actually live differently.  Most people are struggling.  MBAs are selling shoes during the day and waiting tables at night.  College grads are pouring coffee and living at home until they’re twenty-nine.  Retirement age has morphed from sixty-fix to fix feet under, ’til death-does -employment-part.’  Yet we have 19-year-olds in our Game Changes Academy who love what they do and are on track to retire by age thirty.  It’s because they are doing things differently, and have escaped the herd.  I’d strongly suggest you do the same.”

Be different by design.

Boldly go where you know you need to.

Express yourself the way nobody else can express you.

Dare to be different in your thoughts, actions, and how you live your life on your own terms.

Are You Living Your Dreams?

How To Increase Your Value

How To Increase Your Value
Next Post: The Right and Wrong Picture of a Dream