Emerson was Right… If You THINK He Was! 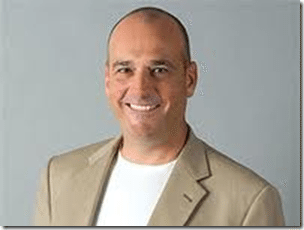 “It is neither good nor bad, but thinking makes it so.” — William Shakespeare

Editor’s note: This is a guest post from Weldon “Wally” Long on how changing your thoughts, changes your life.

Weldon is the author of  the book, The Upside of Fear: How One Man Broke the Cycle of Prison, Poverty, and Addiction, which is Winner of the 2009 New York Book Festival’s award in the Biography/Autobiography category, and is endorsed by Stephen Covey and Tony Robbins.

Weldon’s twenty years of drinking, drug abuse, and crime led him to spend more than a decade in prisons, jails and halfway houses. But after a profound personal transformation, Weldon learned to change fear into a positive motivating force in his life. With that force, he transformed an idea into a multi-million dollar business just six years after he was released from prison.

Talk about a turnaround, and writing a new story forward. Without further ado, here’s Weldon…

There once was a man who had completely destroyed his life by the age of thirty-two.

In 1996, he sat in the prison cell that served as his home, devastated over the news that his father had died. He looked deeply into the eyes that glared at him through the scarred stainless steel mirror in his tomb.

Through the initials scrawled by unknown tenants before him, he saw an unemployed high-school dropout and a three-time loser who had spent his entire adult life in this hopeless state of despair. For as long as he could remember he had known a life of prison, poverty and addiction. He was a garden variety loser who was giving a bad name to self-respecting losers everywhere.

We Become What We Think About

As he stared at his pathetic countenance, grieving over his wasted life, his abandoned three-year-old son and his dead father, he considered the words of Emerson, which he had just discovered:

“We become what we think about all day long.”

He concentrated on these words and repeated each one separately.

He thought about the words intently as he gazed into his own miserable reality.

He stared and wondered. Was there more to life? What would it take to find out? Was he even remotely capable of altering the course of his seemingly forged destiny by changing what he thought “about all day long?”

Despite odds that seemed insurmountable, he decided to give it a try

A Journey of Personal Transformation

He set out on a journey of creating transformational change in his life. He was desperate, and desperate men do desperate things. He was determined to change the course of his destiny.

By the time the man was released from his third and final trip to the penitentiary in 2003, he had earned a Bachelors degree and an MBA. In 2002, just one year before his release, he was credited with saving the life of a prison guard.

After his release he married an amazing woman and together they raised his son to become a remarkable young man. They started a small company from their living room and grew it to $20,000,000 in revenue in just 60 months, earning a spot on Inc Magazine’s list of “fastest growing privately held companies in America.” They bought beautiful homes in the mountains of Colorado and on the beaches of Maui.

The man went on to write a memoir called The Upside of Fear: How One Man Broke the Cycle of Prison, Poverty, and Addiction, which won numerous awards and was endorsed by Dr. Stephen R. Covey and Tony Robbins. He went on to earn millions of dollars teaching businesses the sales and prosperity system he used to create his own wealth and prosperity.

Today he lives a life of honor and unimaginable prosperity.

I know this story well because I am that man.

After living a desperate life of prison, poverty and addiction, including thirteen years behind concrete walls and razor wire, I emerged a transformed man and built the life I once dreamed about in my dark, cold prison cell.

Changing Your Thoughts, Changes Your Actions

Today, as I travel the country speaking to others about creating transformational change in their lives and business, I am often asked a simple question: “How?” As in, “How did you do it?”

I realize that people are often searching for a more complex, deeper explanation, but it’s that simple.

How Your Thoughts Shapes Your Actions

Take any thought and contrast it with another thought that is the complete opposite. For example, consider the basic thought that “Times are tough, and I should expect to struggle during this difficult period.” Now consider the opposite of that thought: “Times may be tough, but I am going to transcend any obstacle and prosper in the face of every adversity.”

Now consider what actions logically flow from each belief.

A person who holds the first belief might be more inclined to have a bad attitude. They might find it easier to approach each work day with a mindset of doing just enough to avoid getting fired. Do you think this person would be more or less inclined to take efforts to improve their work skills? Would this person be likely to study and read books to enrich and inspire themself? Would they get up a little earlier to prepare for the day or be more inclined to hit the snooze button and get to work at the last possible moment?

Now imagine a person who holds the second belief. Would that person be more inclined to take whatever measures necessary to improve themself at work and in their personal life? Would they be inclined to give their all, rather than doing just enough to get by? Might they be willing to invest time in studying ways to improve the quality of their professional and personal life? What about the snooze button?

Your Results are Consistent with Your Actions

Now consider what results logically flow from each series of actions.

It’s likely that each person will produce results that are consistent with their actions. And each person’s actions flow logically from their thoughts and beliefs about their circumstances.

In both cases each person will eventually say, “I knew it! I knew things would end up like this!”

For better or for worse.

Anyone Can Do It

Radical transformation in your life and business is closer than you think. In fact happiness, wealth and prosperity are just a thought away. As I always say, “If this knucklehead can do it, ANYONE can do it!”

Top Lessons Learned as an Entrepreneur by Neil Senturia
Next Post:How To Have a Beautiful Mind