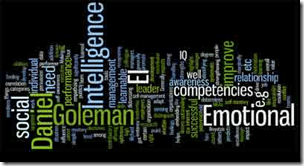 Here’s my round up of emotional intelligence quotes.

It includes words of wisdom on emotional intelligence from Benjamin Franklin, Buddha, Dale Carnegie, Vincent Van Gogh, and a bunch of other people you probably never heard of.

One simple definition of emotional intelligence is “the ability to identify, assess, and control the emotions of oneself, of others, and of groups.”

Daniel Goleman popularized the concept of emotional intelligence in his New York Times best seller, Emotional Intelligence: Why It Can Matter More Than IQ.

On the flip side, I’ve seen people with strong emotional intelligence skills rise above any situation.  They don’t let other people push their buttons, and they connect with others more effectively.

Emotional intelligence is the key to improving your personal effectiveness.  It’s the foundation for dealing with impulses, dealing with stress, and responding versus reacting in a Covey kind of way.

With that in mind ,here is my list of emotional intelligence quotes …

What is Emotional Intelligence?

If you have some favorite emotional intelligence quotes, feel free to share.

101 Ways to Motivate Yourself and Others
Action Signals: How Negative Emotions are a Call to Action
How To Balance Connection and Conviction to Reduce Anxiety
Don’t Let Other People Push Your Buttons
Stephen Covey on Developing Emotional Intelligence