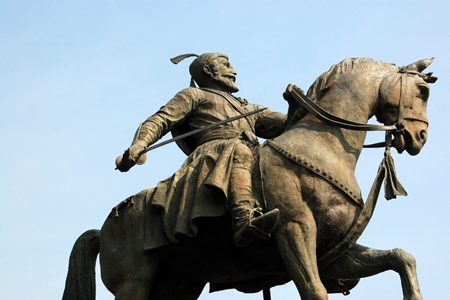 “Don’t envy what people have, emulate what they did to have it.” — Tim Fargo

How can you learn whatever you want from any of your favorite heroes? By modeling what they think, feel, and do.   I’m a fan of “model the best.”

Whenever I focus on something, I try to find examples of the best of the best.

To model from them, I try to figure out what their mindsets, attitudes, and behaviors were that helped them achieve their success.

I look for both the strategies and the tactics.

In Think and Grow Rich, Napolean Hill writes about emulating the great.

There are a few things I like about how Napolean Hill walks through the idea of growing your greatness by emulating the great:

Greatness is everywhere when you look for it.  Find it and model it.

The next best thing to being great, is emulating it.

“Experience has taught me that the next best thing to being truly great is to emulate the great, by feeling and action, as nearly as possible.”

Use an “imaginary council” to shape and guide your character.

“I followed the habit of reshaping my own character by, by trying to intimidate the nine men whose lives and life-works had been most impressive to me.

Every night over a long period of years, I held an imaginary council meeting with this group whom I called my ‘Invisible Counselors’.

The procedure was this. Just before going to sleep at night, I would shut my eyes, and see my imagination, this group of men seated with me around my council table.

Here I had not only an opportunity to sit among those whom I considered to be great, but I actually dominated the group, by serving as the chairman.

I had a very definite purpose in indulging in my imagination through these nightly meetings. My purpose was to rebuild my own character to it would represent a composite of the characters of my imaginary counselors.”

Example Dialogue Among the Council of Imaginary Heroes

Hill includes an example of his dialogue with his imaginary council:

“Mr. Emerson, I desire to acquire from you the marvelous understanding of nature which distinguished your life.

I ask that you make an impress upon my subconscious mind of whatever qualities you possessed, which enabled you to understand and adapt yourself to the laws of nature.”

“Napolean, I desire to acquire from you, by emulation, the marvelous ability you possessed to inspire men, and to arouse them to greater and more determined spirit of action.

Also to acquire the spirit of enduring faith, which
enabled you to turn defeat into victory, and to surmount staggering obstacles.”

“Mr. Paine, I desire to acquire from you the freedom of thought and the courage and clarity with which to express convictions which so distinguished you! ”

“Mr. Darwin, I wish to acquire from you the marvelous patience, and ability to study cause and effect, without bias or prejudice, so exemplified by you in the field of natural science.”

“Mr. Lincoln, I desire to build into my own character the keen sense of justice, the untiring spirit of patience, the sense of humor, the human understanding, and the tolerance which were your distinguishing characteristics.”

“Mr. Carnegie, I wish to acquire a thorough understanding of the principles of organized effort, which you used so effectively in the building of a great industrial enterprise.”

“Mr. Ford, I wish to acquire your spirit of persistence, the determination, the poise, and self-confidence which have enabled you to master poverty, and to organize, unify and simplify human effort, so I may help others to follow in your footsteps.”

It’s along the line of “fake it till you make it” but try greatness on for size, and you might find it suits you.

Idea Techniques (Group C) (see “Hall of Fame” and “Board of Directors” from )
Idea Techniques (Intuitive) (See “The Shadow”)
How Great Books, Great People, Great Quotes Puts Greatness at Your Fingertips
How To Prime Your Mind for Greatness
The 10 Emotions to Master for Power, Passion, and Strength
The Best Motivational Quotes to Inspire Your Greatness
The Man in the Arena

How Crusades and Causes are Better Than Visions and Missions
Next Post:How To Figure Out What You Really Want