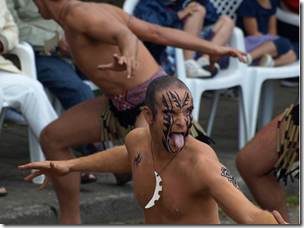 “Success is not final, failure is not fatal: it is the courage to continue that counts.” — Winston Churchill

One of the best ways to deal with setbacks is to expect them.

When you expect them, you take their power away.

In doing so, you empower yourself.  You can choose your response, instead of just react.

The key is to predetermine the right ways to deal with them, so you can respond more effectively.

Hope for the Best, Plan for the Worst

The saying that stuck with me for years is, “Hope for the best, plan for the worst.”  It keeps me optimistic, but also realistic in terms of expectations, time frames, effort, and potential challenges.

Otherwise, it would be like working out without expecting resistance, but it’s the resistance that makes me stronger.  In a way, it’s the adversity that makes success sweeter.

In the book, Mentored by a Millionaire: Master Strategies of Super Achievers, Steven K. Scott shows us how adversity is something to expect and respond to in more effective ways.

No Worthwhile Success is Every Achieved without Adversity

Great success has a price, and adversity is part of the path.

“I normally fly around 100,000 miles a year, so I meet a lot of people on airplanes.  It’s not uncommon to hear tales of woe about their jobs, their careers, their businesses, or even their marriages.  Most have seemed surprised or even shocked by the fact that in the pursuit of success in their projects, goals, or dreams, they encountered harsh criticism, severe adversity, or even failure.  The truth is, no worthwhile success in any endeavor is ever achieved without encountering adversity.”

Every Worthwhile Dream Lies on Top of a Rugged Mountain

Edison expected problems and failures as part of his journey.  This helped him better respond to criticism, adversity, and failure.

“Since every worthwhile dream lies on top of a rugged mountain, there is no easy way to get to it.  Edison not only understand this fact — he counted on it!

He considered criticism, adversity, and failure as necessary to the achievement of extraordinary success, just as exhaling is necessary to breathing.

The Wrong Ways to Deal with Criticism and Failure

Many of the default ways of dealing with criticism and failure are ineffective.

“Here are just a few of the wrong ways most of us deal with criticism and failure.  First, we may become angry, defensive, discouraged, or depressed.  We may put, withdraw, or deny: ‘It wasn’t my fault.  I really didn’t make that big of a mistake.’  We make excuses.  We rationalize our failures.  Some personality types respond to failure by attacking, blaming others, or even blaming circumstances.  Some people become overly introspective and frustrated and view themselves as failures.”

The Right Ways to Deal with Failures or Strikeouts

There are three keys to dealing with failures … own it, analyze it, and change your approach.

“So what are the right ways for dealing with our failures or strikeouts?  Edison saw three critical components.  First, you must accept full responsibility for the strikeout or for your part in it.  Second, analyze your strikeout to determine its causes.  Third, come back up to the plate with a new approach, determined not to make the same mistakes in your future efforts.”

Look for the lessons and learn your way forward.

Previous Post:Think of Yourself as a Thinker
Next Post:Dealing with Tough Criticism — Think of It Like a Bucket of Water, Sand, and Gold