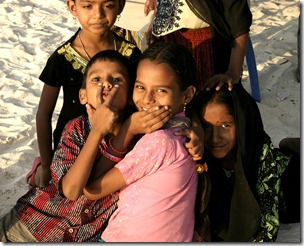 “It’s not who you are that holds you back, it’s who you think you’re not.” — Author Unknown

I was listening to a Tony Robbins talk a while back and he hit on a very important distinction … faith vs. belief.

His point was that while belief is based on evidence, faith is not.

Faith you believe without evidence.   Right or wrong, it’s what you truly believe in your inner core.

His point was don’t suddenly adopt blind faith — use smart faith.  If your garden has weeds, see the weeds.  Don’t turn a blind eye or tell yourself, "I have no weeds, I have no weeds, …"  This isn’t about positive thinking.  It’s about positive action and having faith — faith in something better, bigger, or beyond what’s right in front of you.

The problem with beliefs is that it’s a chicken and egg.  If you don’t believe it, until it’s true and you have the evidence, it will never happen.  It’s how you get stuck in a rut.

You Already Have Faiths — Are they Serving You?

The problem with faith, is that you already have it.  It may or may not be serving you.  You have these fundamental beliefs about yourself, the world, … etc. that already live within you.  They can go against evidence or they filter how you see any and all information.

If your fundamental belief or your faith is that people are good, you see them that way.

If your fundamental belief, is that you will always find a way to succeed, that shapes your thinking, feeling, and doing.

If you fundamentally believe that you’re a failure no matter what, or you’re ugly, or whatever … this faith in yourself and faith in people and faith in the world ... limits or enables your ability to rock your world.

If You Don’t Believe It, You Won’t See It

Personally, I know way too many people that don’t know how great they are, and they don’t believe it because of their faith in themselves.  The sad part is, the evidence says they’re doing great, but their fundamental beliefs says they are no good.

What are Your Fundamental Beliefs?

Tony asked a cutting question in his talk:  “What are your fundamental beliefs?” …  What are the 5, 10, 12 or whatever things that you truly belief about yourself?  What are your faiths?

Now I can recognize when somebody truly has faith and believes in what they are doing or that they are on their path.  I used to wonder why some people say things a little louder and with more conviction, as if trying to convince themselves.

They have a belief … but they don’t have faith.  They don’t believe it in their core.  They’re testing it, saying it out loud … hoping somebody will believe them, but most importantly, hoping they will believe it them self.

If you’re hoping the evidence comes back and convinces you, you don’t have faith.

The beauty in all this insight is that true to form, Tony Robbins, gives a very simple way to build and grow your faith muscles:

I really like the fact that he was explicitly said to see things as they are and how you want them to be.   It echoed a point that I’ve written about before in The Way Things Are, The Way Things Should Be, and the Way You Want Things to Be.

For me, the exercise of finding my faiths really reminded me of a few fundamental beliefs that have always served me well … that the world conspires with me (Disney taught me that) and that I’ll succeed in any situation.

Self-Control Wears You Out
Next Post:Great Lessons Learned from Seth Godin