How To Feel More In Control of Your Life with Skill 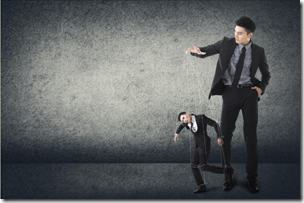 “In one and the same fire, clay grows hard and wax melts.” — Francis Bacon

The most powerful way you can cope with stress or anxiety is to create a feeling of control.

Without a feeling of control, you physically can’t think straight under stress.  The lizard brain takes over.

Anything that gives you a feeling of control over your situation helps you stay calm and perform better.

In the book, Your Brain at Work, David Rock shares some useful practices to help you feel more in control of your life.

Here are some insights and actions you can use to improve your sense of control.

Your Perception of Control is What Matters

Your prefrontal cortex is where you do your thought analysis.  It’s your smart part.  As long as you feel in control, you can use it.

When you feel out of control, you lose the ability to think from your prefrontal cortex.

She summarized the importance of a sense of control for the brain during an interview filmed at her lab in Yale.

‘The loss of prefrontal function only occurs when we feel out of control.  It’s the prefrontal cortex itself that is determining if we are in control or not.

Even if we have the illusion that we are in control, our cognitive functions are preserved.’

This perception of being in control is a major driver of behavior.”

Autonomy Does Not Equal a Sense of Control

“Autonomy is similar to certainty, and the two are linked. When you sense a lack of control, you experience a lack of ‘agency,’ an inability to influence outcomes.

A sense of not being able to determine the future, to predict what will happen moment to moment, emerges.

However, certainty and autonomy also appear to be individual issues.

You can be stressed by a lack of certainty but still have a lot of autonomy, like Paul, who is his own boss but can’t predict his revenues until he closes deals.

Or you can have a lot of certainty from a secure job, but a micromanaging boss may not let you make decisions.”

Your Perception of Control Changes the Stressor’s Impact on You

Whether or not a stressor impacts you negatively, depends on whether you feel you can control the stressor or not.

“A sense of autonomy is a big driver of reward or threat.  Steve Maier at the University of Builder, in Colorado, says that the degree of control that organisms can exert over something that creates stress determines whether the stressor alters the organism’s functioning.

His findings indicate that only uncontrollable stressors cause deleterious effects.

Inescapable or uncontrollable stress can be destructive, whereas the same stress that feels escapable is less destructive, significantly so.”

Perception of Choice Might be More Important than Diet for Health

Stressful situations are less stressful than a lack of control.

This doesn’t make sense intuitively, as senior executives are known to be under a lot of stress.

It appears that the perception of choice may be more important than diet and other factors for health.

Choosing in some way to experience stress is less stressful than experiencing stress without a sense of choice or control.”

We Want to Make Our Own Choices

Even picking out a plant can give us a feeling of control over our environment.

“A number of studies show ‘work-life balance’ as the main reason people start their own small business.  Yet small business owners often work more hours, for less money, than in corporate life.

The difference? You are able to make more of your own choices.

Yet another study, looking at residents in a retirement home, found the number of deaths was halved in the study group, compared to a control group, when participants were given three additional choices about the environment.

The control group were people on a different floor on the same premises.

The choices themselves were not significant: a different plant or a different type of entertainment, for example.”

Navy SEALs Teach Recruits How To Feel in Control

In his article, How the Navy SEALs Increased Passing Rates, Bakari Akil shares a 4-step process that Navy SEALs use to build mental toughness:

To maintain a feeling of control, a Navy SEAL would set mini-goals to chunk down the obstacle into extremely short chunks, mentally rehearse taking successful action, use positive self-talk to calm their amygdala, and practice arousal control by focusing on their breathing.

Samurai Conditioned Their Minds for a Sense of Control

Samurai knew the key to victory was the ability to stay calm and focused under pressure.

The 15th century samurai Suzuki Shosan wrote that only when you overcome your own mind, are you free.

In the book Training the Samurai: A Bushido Sourcebook, Thomas Clear shares a powerful insight:

“When you manage to overcome your own mind, you overcome myriad concerns, rise above all things, and are free.

When you are overcome by your own mind, you are burdened by myriad concerns, subordinate to things, unable to rise above.

‘Mind your mind; guard it resolutely.  Since it is the mind that confuses the mind, don’t let your mind give in to your mind.’

This song is superlative.

When you indulge your mind, thoughts fixated on appearances increase and you fall into the three mires of greed, aggression, and folly.

When you slay your mind you arrive at buddhahood immediately.”

Whether you feel you are in control or you don’t … you’re right.

3 Fights We Fight Each Day

Master Your Emotions by Mastering Your Stories

Your Thoughts Create Your Feelings

How To Build Uncommon Mental Toughness Like a Navy SEAL
Next Post: Whose Idea Was That, Anyway?