First Figure Out What the Right Thing to Do Is 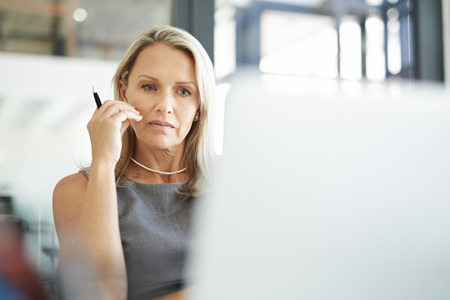 “Facts do not cease to exist because they are ignored.” — Aldous Huxley

To make effective decisions, first figure out what would be the right thing to do.  That’s your starting point.

There’s a good chance you’ll have to compromise along the way, but first figure out what the right solution would be before you start trimming it down.  You can’t make the right compromises if you don’t first know what right is.

In The Essential Drucker: The Best of Sixty Years of Peter Drucker’s Essential Writings on Management, Peter Drucker writes about starting with what’s right to avoid giving away what’s important during negotiation.

Drucker reminds us that everybody can make compromises, but they need to start from what’s right, not what’s acceptable:

“One has to start out with what is right rather than what is acceptable (let alone who is right) precisely because one always has to compromise in the end.

First Know What Right Is

Drucker shares a story to make the point that it’s your job to figure out what’s right before you start compromising:

“I was taught this when I started in 1944 on my first big consulting assignment, as study of the management structure and management policies of General Motors Corporation.

Alfred P. Sloan Jr., who was then chairman and chief executive officer of the company, called me to his office at the start of my study and said, ‘I shall not tell you what to study, what to write, or what conclusions to come to.

This is your task.

My only instruction to you is to put down what you think is right as you see it.  Don’t worry about our reaction.  Don’t you worry about whether we will like this or dislike that.

And don’t you, above all, concern yourself with compromises that might be needed to make your recommendations acceptable.

There is not one executive in the company who does not know how to make every single conceivable compromise without any help from you.

But he can’t make the right compromise unless you first tell him what ‘right’ is.’

The executive thinking through a decision might put this in front of himself in neon light.”

If You Start Out With What’s Acceptable, You Give Away What’s Important

Drucker makes the point that if you start off with what’s acceptable, you’ll end up giving away what’s really important:

“It is fruitless and a waste of time to worry about what is acceptable and what one had better not say so as not to evoke resistance.

The things one worries about never happen.  And objections and difficulties no one thought about suddenly turn out to be almost insurmountable obstacles.

One gains nothing, in other words, by starting out with the question.

One gains nothing, in other words, by starting out with the question, What is acceptable?

And in the process of answering it, one gives away the important things, as a rule, and loses any chance to come up with an effective, let alone with the right, answer.”

Previous Post:Half a Loaf Over Half a Baby
Next Post:Build Social Objectives Into Your Business