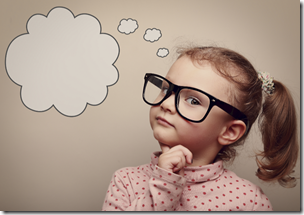 “Take time to deliberate; but when the time for action arrives, stop thinking and go in.”– Napoleon Bonaparte

If you have five minutes to think about something, you actually have a lot.

You don’t have to spend a lot of time thinking to make a lot of progress.

You can spend five minutes on a problem and actually cover a lot of ground more effectively.

That is, if you have a framework.

Use 5-Minute Thinks to Train Your Thinking While Solving Problems

At Microsoft, I end up with a lot of short blocks of time, whether it’s in between meetings or in between tasks.  It’s easy to fall in the trap of, “I don’t have enough time to think about that.”

Well, the reality is, it’s actually very effective to use short time blocks to both train your thinking while solving your problems, rather than let them pile up.

The 5-Minute Think is Time Management for Your Mind

The key is to use Five-Minute Thinks.  Five-Minute thinks are an effective time-management technique for your mind.  A Five-Minute Think is simply a structured approach to thinking that focuses your thinking and helps you identify the goal, explore options, narrow down, and then conclude.

Using a Five-Minute Think helps you avoid locking onto one idea too quickly, falling into analysis-paralysis, and over-engineering.

Chip Away at the Stone with 5-Minute Thinks

By casting a wide net, exploring a topic, and then narrowing down potential paths, you can naturally use your thinking skills very effectively.  You can also “chip away at the stone” of larger problems with these little time blocks.

Don’t spend more than five minutes or you’re defeating the purpose.  What you might do is use another Five-Minute Think on another aspect of the problem, but don’t turn Five-Minute Thinks into 10, 20, or 30 minute thinks.  By limiting your time, you’re telling your mind to focus and fully engage for a short-burst.  You’ll improve with practice.

The outcome of your one-minute should be the target and the goal defined precisely, such as “Identify ways to improve my blogging speed.”

In other words,  — what do you want to accomplish with your Five-Minute Think?

At this step, you define the target and the task precisely.  The target is your focus of the thinking.

I think of it as elaborating on the problem, making a mental map, and exploring options and ideas.

In this part of the phase, you open up.  Don’t be critical or judging.  Just start flowing what you know and any ideas that come to mind.   You can scan your experience, analyze the situation, or look for familiar patterns.

Keep it positive and free-flowing.  According to De Bono, you’re “opening up the field, filling in the map, exploring the territory.”

This is where you spiral down on the problem.   Try to make sense of what you’ve got and get to a definite conclusion.  According to De Bono, this might be a “solution, creative idea, additional alternative, or an opinion.”

The next time you have five minutes to think about something, test your ability to define, expand, explore, and contract on the problem.

Simply directing your thinking will improve it over time.

How To Visualize Your Future Self Better with Science and Skill
Next Post:Do The Double-Rung RAP and Get the Promotion You Deserve