Go for the Epic Win 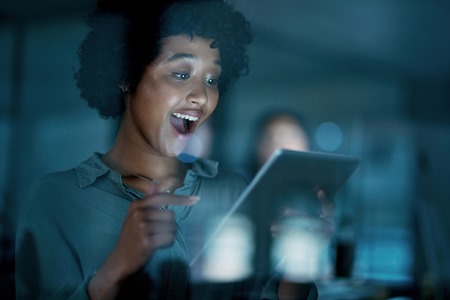 “Gamers always believe that an epic win is possible and that it’s always worth trying and trying now.” — Jane McGonigal

According to Jane McGonigal, an epic win is “an outcome that is so extraordinarily positive you had no idea it was even possible until you achieved it … it was almost beyond the threshold of imagination and when you get there you are shocked to discover what you are truly capable of.”

Wow!  What if we had more epic wins in life.  (If you saw my post on Trends for 2011, one of the key insights is that it’s becoming a gamers world.)

According to Jane, what you see on the face of somebody on the verge of an epic win is:

That’s the face Jane says, “we need to see on millions of problem solvers all over the world as we try to tackle the obstacles of the next century … the face of someone who against all odds is on the verge of an epic win.”

We’re Better at Games Than We Are at Real Life

Jane got her got her PhD on why we are better at games than we are in real life.  She says that when we’re in game worlds, many of us become the best versions of ourselves:

Jane contrasts this with what happens in real life:

Take from the Games and Apply to Real Life

Jane wanted to figure out, what exactly is it about games that makes it impossible to feel like we can’t achieve everything, and how can we take those feelings from games and apply them to real world work.

Here’s what she found:

As an aside, I find this especially interesting because this is how I lead project teams at work.  I always turn them into an epic adventure, with inspiring stories, missions that matter, and positive feedback along the journey.

This recipe helps me find people who are willing to sign up for the cause well beyond our immediate team.

Four Things Gamers are Getting Good At

Gamers spend a lot of time getting good at what they do.  Jane asks the question, with the amount of time gamers spend, what exactly are they becoming virtuosos at?  She says it’s four key things:

Jane McGonigal on Gaming Can Make a Better World

Watch Jane in her TED talk on how we really can use games to start to tackle some of the World’s greatest challenges:

Here is the direct URL: http://www.ted.com/talks/jane_mcgonigal_gaming_can_make_a_better_world.html

Gaming for a Better World

Jane works at Institute for the Future, where you can find out more about some of the interesting research and possibilities.   Jane shares three examples of games that test creating epic wins in the real-world:

Get Your Game On … in Work and Life

Make the real world more like a game.  Go on epic missions, create inspiring stories, push the limits of your capability, find coalitions of the willing, and unleash a version of your best self.

… and if you fail, get up and try again.

Find Your One Thing

Use Three Stories to Drive Your Day

Use Metaphors to Find Your Motivation

Find Your Drive – The Keys to Motivation

Do The Double-Rung RAP and Get the Promotion You Deserve
Next Post:My How of Happiness by Jacob Sokol