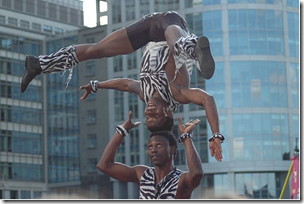 “The belief that becomes truth for me …, is that which allows me the best use of my strengths, the best means of putting my virtues into action.” – André Gide

Great leaders go beyond what other people think is possible or realistic.

Realistic or impossible, is largely shaped by your frame of reference, your mental models, your imagination, your faith, your certainty, and your commitment to what you see in your mind.

In the book, Awaken the Giant Within:  How to Take Immediate Control of Your Mental, Emotional, Physical and Financial Destiny, Tony Robbins shares how great leaders go above and beyond what the world expects.  One person’s impossible or unrealistic is simply another person’s great expectations.

Your frame of reference determines what you think is possible, probable, or realistic.

Great leaders set a higher bar.  The funny thing is, once you raise the bar, people find a way to jump it.

“Gandhi believed he could gain autonomy for India without violently opposing Great Britain — something that had never been done before.  He wasn’t being realistic but he certainly proved to be accurate.  By the same token, it certainly wasn’t realistic for a man to believe he could give the world happiness by building a theme park in the middle of an orange grove and charging people not only for the rides, but even to get in!  At the time, there was no such park in the world.  Yet Walt Disney had a sense of certainty like few people how have ever lived, and his optimism transformed his circumstances.”

“Let’s Be Realistic” is Living in Fear

Reality can be your cage if your references and imagination never free you up to see what’s truly possible.

“People so often develop limiting beliefs about who they are and what they’re capable of.  Because they haven’t succeeded in the past, they believe they won’t be able to succeed in the future.  As a result, out of their fear of pain, they begin to constantly focus on being ‘realistic.’ Most people who constantly say, ‘Let’s be realistic,’ are really just living in fear, deathly afraid of being disappointed again.  Out of that fear, they develop beliefs that cause them to hesitate, to not give their all — consequently they get limited results.”

The Past Does Not Equal the Future

“All great leaders, all people who have achieved success in any area of life, know the power of continuously pursuing their vision, even if all the details of how to achieve it aren’t yet available.  If you develop the absolute sense of certainty that powerful beliefs provide, then you can get yourself to accomplish virtually anything, including those things that other people are certain are impossible.”

Many people have broken records simply because they didn’t know what was possible or *impossible.*

Here is an idea from Joseph Conrad to help inspire you to think in new heights:

“Only in men’s imagination does every truth find an effective and undeniable existence.  Imagination, not invention is the supreme master of art, as of life.”

Stop Keeping Score, Learn Instead
Next Post: The 10 Emotions to Master for Power, Passion, and Strength