How Groups and Groupthink Can Lead to Bad Decisions 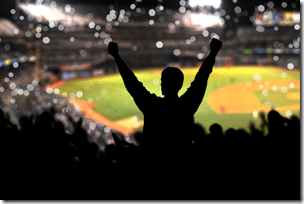 “The doors we open and close each day decide the lives we live.” — Flora Whittemore

Group decisions can be “herd mentality” in action.

In the book, 59 Seconds: Think a Little, Change a Lot, Richard Wiseman shares research and findings that help us better understand the downside of group decision making.

“In short, being in a group exaggerates people’s opinions, causing them to make a more extreme decision than they would on their own.

Depending on the initial inclinations of individuals in the group, the final decision can be extremely risky or extremely conservative.”

Wiseman says the rational behind this phenomenon is that when you’re in a group, you find more people that share your extreme beliefs, so it’s easier to re-enforce or amplify your beliefs.

“Polarization is not the only phenomenon of ‘groupthink’ that can influence the hearts and minds of individuals when they get together.

Other studies have shown that compared to individuals, groups tend to be more dogmatic, better able to justify irrational actions, more likely to see their actions as highly moral, and more apt to form stereotypical views of outsiders.

In addition, when strong-willed people lead group discussions, they can pressure others into conforming, can encourage self-censorship, and can create an illusion of unanimity.”

If you know the issues that happen with groups, you can better defend yourself from falling into the trap of bad thinking, or making bad choices to go along with the herd.   Stand out from the crowd.

10 Reasons for Writing Things Down
Next Post: Spring Cleanup for Sources of Insight 2012