Harnessing the Power of the Word “No” in Negotiations 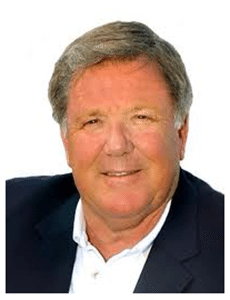 Editor’s note: Meet Jim Camp.  This is a guest post by Jim on how to use the power of “No”, to negotiate more effectively.

Jim is a best-selling author of, Start with No, and NO: The Only System of Negotiation You need for Work or Home.  He has trained and coached more than 100,000 people in the art and science of negotiation over the last 25 years.  Jim’s approach has been featured on CNN, CNBC, Fast Company, Fortune, Harvard Business Review, and The Wall Street Journal.  The FBI and many Fortune 500 companies rely on Jim’s approach to negotiate with skill.

What I like about Jim’s approach is, it’s different.  It’s refreshing.  Jim’s approach gives you permission to say “No.”  And rather than see “No” as the end of a negotiation, you can see it as the beginning.  The best part is, it’s about taking the pressure off the other person, as well as yourself, and getting down to real, authentic communication.

I also like the fact that rather than coerce somebody to a “Yes,” it’s about getting the concerns on the table.  When somebody is pressured into a “Yes,” it’s not real buy-in, and it can often lead to a “Say yes, do no” pattern.  If it’s OK to say, “No,” then people can really open up.

I’ve asked Jim to share his best insights and actions on how readers of Sources of Insight could add the power of “No” to their negotiation skills.  Here is what Jim has to say …

The best word to hear, invite, or say in any type of negotiation is “no.”

When negotiating, “yes” is the worst word to say or to hear at the outset.

“No” Will Liberate and Protect You

“Yes” was the word you associated with winning.

But there’s a problem with “yes.” A quick “yes” is generated by out-of-control emotions. “Yes” just betrays a fear of failure, a fear of losing this deal, and primes you to please the other side, to rush ahead, to compromise early and often, and to come to a deal—any deal.

There’s a better way. Learn to harness the power of “no.” “No” will liberate and protect you.

Forget what you’ve learned about win-win solutions, the art of compromising, and getting to “yes.” A negotiation is defined as the effort to bring about an agreement between two or more parties, with all parties having the right to veto, or say “no.”

If you’re a parent, you know that every child hears “no” as the start of the negotiation, not the end of it. As adults, however, we’ve been conditioned and trained to fear the word.

“No” is Simply a Decision

Let’s take a look at the word “no,” and the power of “no.” Where does all that come from? What is “no,” really? To the professional negotiator, it’s simply a decision, and it’s a decision to be changed.

But do you know what the really great pros know? And what I teach and coach? They know that “no” maintains a status quo. It’s the safest decision our adversaries can make. Change is scary. People gain comfort when they say “no” because it keep things the way they are. The word “yes,” on the other hand, brings change—and that’s scary.

“No” is When the Negotiation Begins

There’s something else that’s very interesting about the word “no.” When you give someone permission to say “no” to your ideas, the emotions go down, the effectiveness of the decisions go up, and they’re allowed to really look at what you’re proposing. They’re allowed to hold it in their hands, to see it in their mind’s eye, to turn it around. To try to envision all the different complexities that might come with that thought, that idea. Great negotiators seek the “no” because they know that’s when a negotiation begins.

Invite your adversary to say “no.” Here’s how to do it. “Well, Ms. Smith, I have no idea whether what we do has any relevance for your business. I just don’t know. Maybe it doesn’t. If not, just tell me and I’ll get off the phone. Is that fair? Ms. Smith, who handles your accounting services? I’m with Acme Financial Services, and I’d like the opportunity to sit down with you and allow you to discover the opportunities.”

By inviting her to say “no” from the get-go, you put the other party at ease and allow them to feel in control.

Seeking “no” may seem counterintuitive to those who follow the “win-win” philosophy that drives compromise and assumption in today’s politically correct world, but in fact, allowing the other side to say “no” releases emotional pressure in a negotiation, encouraging a real exchange of information.

Think about the negative reaction you’ve experienced at one time or another when dealing with a hard-closing salesperson. That negative feeling is your reaction to their effort to take away your right to say “no.” Instead of folding under this pressure, most of us run as fast as possible in the other direction. Even if a deal is made under this type of duress, later it often falls apart.

If the salesperson had invited you to say “no,” however, you would have gladly listened to the pitch. This is the power of “no.”

Every “No” is Reversible

When we say “no” we are not closing the book on further negotiation. Every no is reversible. But when we say it, we must do so in a nonthreatening manner. Use a nurturing statement along with the “no” to mitigate any perceptions of harshness. For example, “I can’t agree to that, but I do see where you’re coming from. I see the problem and would really like to help. What other possible solutions do you see?”

As the negotiation is winding down and you’ve gotten the other party to agree to your proposal, invite them once again to say, “no.” Let them know that there will be no hard feelings if they decide your proposal is not right for them.

You will be amazed at how inviting a prospect to say “no” relieves pressure and turns skeptical opponents into willing partners.

Take “No” for a Test Drive

Take “no” for a test drive—and see for yourself. Have some fun and take the opportunity to practice using “no.”

Or, go the other way. Tell the person that you have an idea and you want him or her to be comfortable saying “no” to you. Promise the person that he or she won’t hurt your feelings.

In either case, you will see results instantly.

Jim Camp is founder and CEO of The Camp Negotiation Institute, with more than 400 students from 24 countries enrolled in its Team Member courses. He is author of two bestselling books published by Crown, Start with No and NO: The Only System of Negotiation You Need for Work or Home, which have been translated into 12 languages. His newest offering is a 6-CD audio program “The Power of No,” produced by Nightingale-Conant, the top publisher of leadership development products. The Camp Negotiation Management System is currently being built into Salesforce.com as a first-of-its-kind application, allowing corporations and organizations to train their employees to achieve maximum performance in negotiations. Camp is a guest panelist at the 2012 Negotiation & Leadership Conference held at Harvard, April 20-21, 2012.

The Best Life Lessons from The Legend of Zelda
Next Post:Ikigai: The Reason for Which You Wake Up in the Morning